More help should be given to people struggling to save for their retirement because they can't afford to put money away, KiwiSaver architect Sir Michael Cullen says. 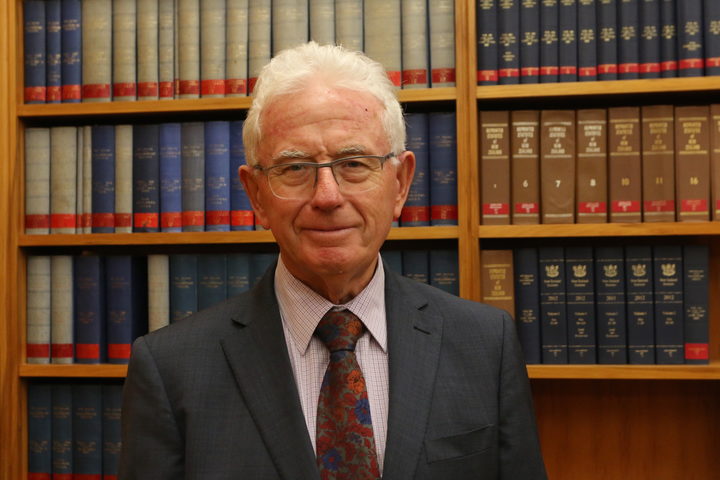 Sir Michael Cullen said because the majority of people had signed up to KiwiSaver the argument for making in compulsory was now more convincing. Photo: VNP / Phil Smith

The former Labour finance minister, who established the retirement savings scheme in 2007, said it was also the right time to make it compulsory.

Ten years since its creation, KiwiSaver now has more than 2.7 million members and savings of more than $41 billion.

Forty-two percent of members are not making any contributions, and another estimated 500,000 people aged between 18 and 65 are not signed up to it.

Sir Michael said cuts and changes made to the scheme by the National government hurt those on low incomes the most.

"Incentives were deliberately geared to be worth more to people on low incomes than to people on high incomes ... so that's a pity."

Although it was not known exactly why so many people were not making contributions, anecdotal evidence suggested it was the poor who were missing out, KiwiSaver expert and financial columnist Mary Holm said.

"Given that there are quite big taxpayer subsidies going into KiwiSaver in the form of the member tax credits ... in terms of wealth distribution, KiwiSaver has arguably increased the disparity between the poor and the rich."

"I would like to see the Kickstart brought back. It was very unfair to get rid of it, you've got young adults coming into KiwiSaver now and not getting that advantage."

Although it was not in original plan to make the scheme compulsory, Sir Michael said he had since changed his mind.

"The argument for that has probably, strangely, got more convincing because the great majority of people have signed up."

It was a pity the government dropped its idea of carrying out a mass auto-enrolment a few years ago, he said.

The government had considered the idea of mass auto-enrolment for everyone not in the scheme, but decided in the end it was too expensive.

Council of Trade Unions president Richard Wagstaff supports the call for compulsory membership, but wants the government and employers to pay the bulk to help those on low incomes.

"For some people the reality is 3 percent is too high as a minimum contribution."

Membership should only be compulsory for 18-year-olds starting out in a new job, she said.

The Commission for Financial Capability was looking into why people were not making KiwiSaver contributions and hoped to have the results of its research later this year.