Aucklanders are to get their say on the country's most expensive roading project as the East West Link plan goes before the board of inquiry today. 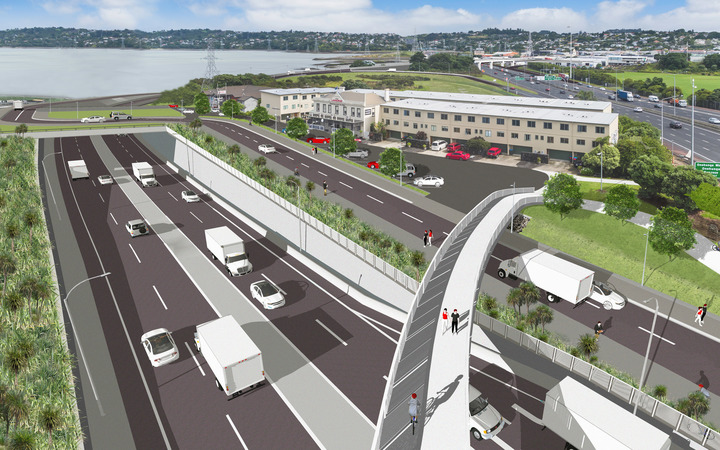 The proposed four-lane road will connect State Highway 1 at Sylvia Park to SH20 at Onehunga and is estimated to cost up to nearly $2 billion.

The Transport Agency said it would ease traffic congestion on local roads in Onehunga, Penrose and Otāhuhu to provide better access to more parts of Auckland.

However, some in the community oppose the plan, saying the link would divide parts of the city.

"Onehunga ... it's going to destroy it for ever.

"When there are some really sensible cost-effective solutions on the table that we have to be trying to encourage to consider and hopefully adopt."

The hearings will last two months, with the board's final decision to be made in late November.