An extra $4 billion has to be found to fund a list of transport projects agreed upon today by the Auckland Council and government. 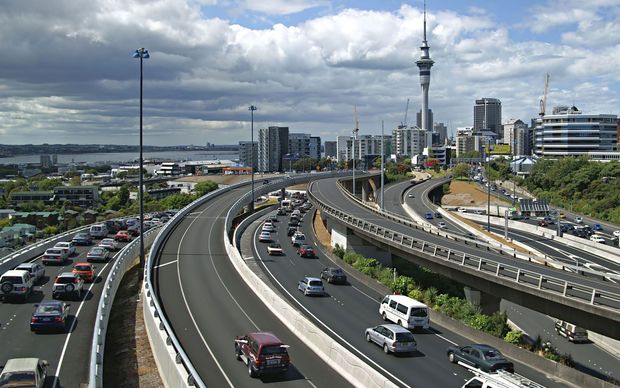 Seven road and rail projects have been scheduled for the next decade - with further goals over the next 20 years - in the Auckland Transport Alignment Project (ATAP).

The agreement did not say how the extra funding should be raised, but said it should focus on an approach that curbed demand during times of greatest congestion.

Minister of Transport Simon Bridges and the outgoing mayor of Auckland, Len Brown, presented today's agreement, and while focussing on unity, they had few answers for repeated questions about the $4bn shortfall.

Mr Bridges said a new "smarter pricing" system of charging could be a decade away, and described the shortfall as "not insurmountable".

"I'm not going to get into today - as we talk about an indicative package - just how we might do that, but it's clearly the next significant discussion," he said.

Mr Brown had previously advocated motorway charges as a way of both raising revenue, and deterring peak motoring, but just weeks from leaving office, today said he went along with the agreed approach.

"Ten years may be too far out [for road pricing] but that's a matter for the mayor and council, and the government to agree on the basis of the programme we've now agreed, and the forum that we've set up to achieve it - that's a quantum step from where we were 18 months ago," he said.

Mr Brown suggested one source of stopgap funding might be to extend the three-year interim transport levy of $114 per Auckland household, which was due to lapse in mid-2018.

Mayoral candidate Phil Goff, who has been advocating a regional fuel tax, said the shortfall needed to be addressed.

"Aucklanders are also prepared to fund their share of the transport infrastructure needed. Progressing this so that Auckland Council can raise the revenue Auckland needs without hitting ratepayers with massive rate hikes will be a priority for me," he said.

The new bundle of projects is in addition to those already underway or funded to begin, such as the City Rail Link and extending the northern motorway from Puhoi to Warkworth.

The biggest question remained over the approach to trying to curb use of the roading network, and boosting public transport in a way that best eased congestion.

"To reduce congestion, Aucklanders need to make different choices about how and when to travel," Mr Brown said.

"Demand management is crucial to achieving this."

"Today, the proposal referred to smarter transport pricing in 10 years time as a solution for this funding shortfall. That sounds a lot like tolls or congestion charging to me, and what happens in the interim?"