Mapping the seafloor in Marlborough has thrown up one or two surprises, not least the discovery that it has shifted slightly since the Kaikōura earthquake, Land Information New Zealand (LINZ) says. 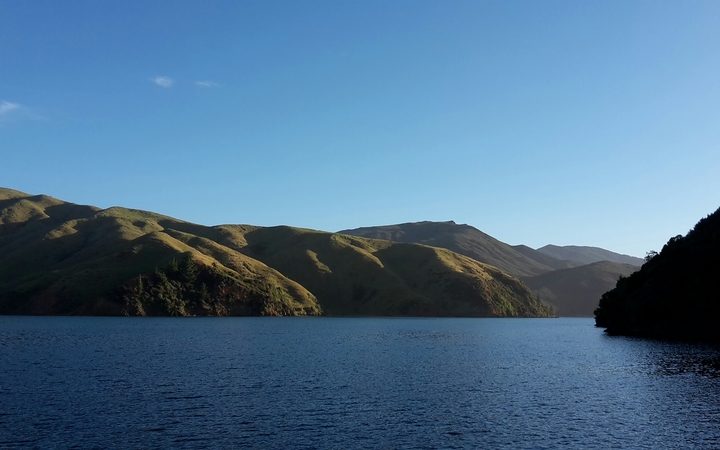 Its national hydrographer Adam Greenland said they have also found a shipwreck in shallower waters than first thought, and a selection of barbecues, fridges and bottles most likely tossed overboard from boats.

And Mr Greenland said shore-based observations showed a minor horizontal shift in the land due to November's magnitude-7.8 earthquake.

"In terms of the seabed and the survey we're carrying out we have seen some minor changes but we're still analysing that data, however it's nothing as extreme as in Kaikōura," Mr Greenland said. 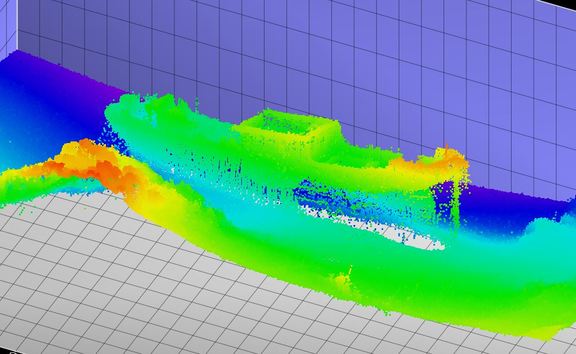 Sonar image of the wreck of the Koi on the seabed of the Marlborough Sounds Photo: Supplied / Land Information New Zealand

The project uses multibeam echosounder technology from a ship and is a joint effort between LINZ and the Marlborough District Council. Sonar readings were used to create 3D digital maps and shipping charts to show the land formation of the seabed and the marine ecosystem.

The $1.5 million project began last year, and will soon finish with a final report to be released next year.

The focus was 43 hectares of seafloor in the Queen Charlotte Sound and in Tory Channel. Mr Greenland said the aim was to update navigation charts especially as shipping and cruise liner operations were expected to increase. The research would also provide data for the council to help it manage the area's marine wildlife.

LINZ said the areas being mapped were identified as a national priority for updating navigation information as they were last charted about 70 years ago.

"It's really looking at the future, for shipping and cruise tourism, and the need for good charts for the (Captain James) Cook anniversary celebrations," Mr Greenland said.

Planning is now underway for an event in three year's time, to mark the 250th anniversary of Captain Cook sailing into Ship Cove, in the Queen Charlotte Sound.

The Marlborough District Council wanted fresh data to help with habitat mapping. It said it has a responsibility to better manage human activities on marine ecosystems.

Mr Greenland said the council also needed the information to help with things like consents for marine farming.

He said progress to date had not thrown up any major surprises, apart from a long-known shipwreck that was in shallower water than previously thought.

The Koi sank in Picton in 1940 and was towed and sunk off the point between nearby Torea Point and Double Cove. It was thought to be 12m deep, but the sonar image showed part of it was now about 8m below the surface.