There are signs an endangered native forest bird is gaining a foothold on an island in the Marlborough Sounds, the Department of Conservation (DOC) says. 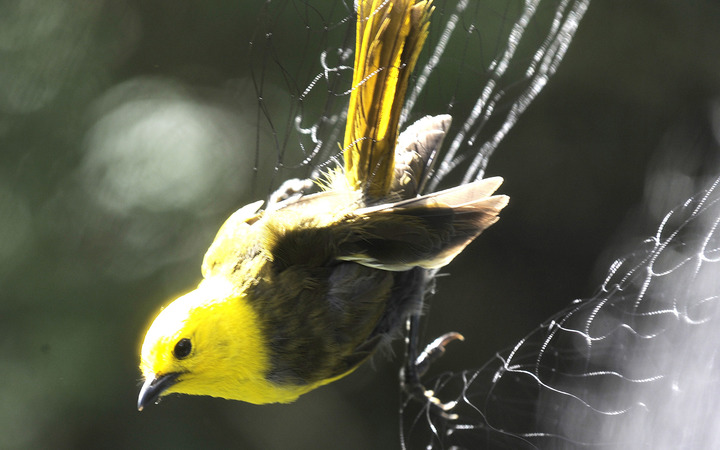 He said 31 of them were moved to the predator-free island from Otago's Blue Mountains in 2013 to help ensure the survival of the species, which DOC has classified as nationally vulnerable.

Today, mohua were only found on the mainland in beech forest south of Canterbury, Mr Palmer said. They have been moved to two Marlborough Sounds island sanctuaries and there was also a breeding mohua population on Nukuwaiata - one of the Chetwode Islands in the outer Pelorus Sound - but the population on Blumine was the first to show signs it was growing.

"One pair had two fledglings, a second pair had three fledglings and a third pair was incubating eggs.

"It was especially pleasing to find the nests, as the year before only nine adult mohua could be found and no chicks were seen, so we couldn't be sure if they were breeding."

Mohua numbers on the island were still "uncomfortably low" and the small population remained at risk from threats such as a stoat getting onto the island or storms in the area, he said.

Blumine Island was publicly accessible and included a campsite. Mr Palmer said visitors needed to be mindful of the island's fragile nature.

"There's a small campsite there and it's a lovely place to stay, and we want to keep it pest free.

"That's really important to boaties and people in kayaks who visit the island, that they do a bit of a check on their gear and make sure they're not carrying any mice or rats, such as what might be living in boats that can jump out and start populating the island again," Mr Palmer said.