Legal experts are welcoming a ruling that has ordered the retrial of a man for posting half-naked photos of his estranged wife on Facebook. 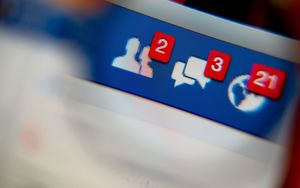 The man, who has name suppression, had posted the photos of the woman lying in bed in her underwear. Manukau District Court Judge Colin Doherty found him guilty of one charge of breaching a protection order, but dismissed a charge of causing harm through posting a digital communication. The man was discharged.

Police appealed the decision at the Auckland High Court, where Justice Mathew Downs yesterday quashed the ruling. He said the pictures did meet the threshold of "serious emotional distress" under the new Harmful Digital Communications Act.

She said social media made it very easy for abusers to continue hurting victims, and she hoped the ruling will make it easier to prosecute those who did.

"We now have a better understanding of the harm that can be caused," she said.

The ruling would make it easier for prosecutions to be taken. "It means that we are not setting an impossible threshold for complainants to make a complaint about pictures that they may have given a partner, or pictures that were okay at the time but are not okay because they're now being plastered all over Facebook."

Auckland University Centre for ICT Law director David Harvey, a former judge, said only two out of about 100 prosecutions under the Harmful Digital Communications Act had been contested since the law came into force in November 2015.

"The law is working quite well. It will be very interesting to see how other cases develop," he said.

The High Court decision gave direction to District Court judges that the cumulative harm of a case must be considered in the greater context, not just the harm of one particular photo or instance, he said.

The Facebook case will be retried in the District Court and the High Court judge has suggested it be heard by the same judge, so the victim did not have to repeat her testimony or cross examination.