An increase in protection order breaches on social media is proving a challenge for family violence agencies, police and courts. 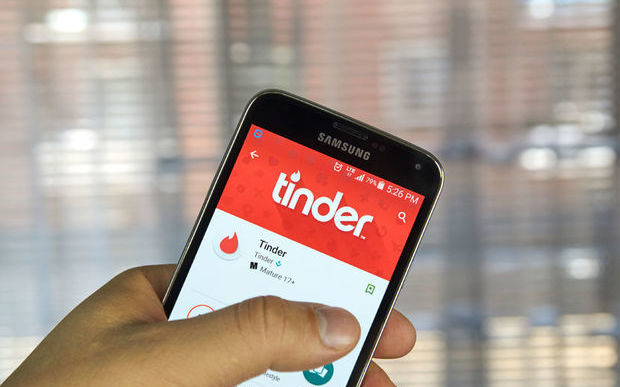 One man allegedly breached a protection order by "super-liking" his ex-partner on Tinder, while another sent a woman a Snapchat photo of himself with a gun. Photo: RNZ

One case currently before the courts involves a Dunedin man charged with breaching a protection order, after allegedly "super-liking" his former partner on Tinder and importing her number into his Snapchat contacts.

His lawyer told RNZ he pleaded not guilty on the grounds both actions were accidental. The case will go to trial.

The case has prompted the question of how well the legal system understands rapidly-developing technologies.

"Everyone's still scrambling to keep up," she said.

"All of this technology offers so much great potential in keeping people connected and safe, but the reverse side of that is there's always the potential for new stuff to be used in a malign and destructive way."

She said when a perpetrator contacted a victim over social media - regardless of whether it was intentional - it made the victim feel they could not escape.

Jill Proudfoot, director of family violence charity Shine, said she knew of one case where a man photographed himself with a gun and sent a Snapchat to a woman, threatening to kill her.

In a separate case, a man used Snapchat to stalk a woman, taking pictures of her driveway and telling her he was outside her house.

Inspector Fleur De Bes, who heads the police family violence unit, said police were having to increase their understanding of social media, and were using Australian research on technology-facilitated abuse, to train staff.

"With technology there will always be an element of catch-up and that's only because it is evolving at such a rapid rate.

"We just have to keep adapting to that and ensuring people are up-skilling."

She said in some cases victims needed to curtail their social media use, and "de-friend" associates of a perpetrator, which could unfortunately include friends and family.

"It's very hard because we do live in an increasingly technical world, but sometimes taking those steps to take a step away is the right thing."

Internet law expert and retired Judge David Harvey said while technology was changing, the Harmful Digital Communications Act 2015 acted as a catch-all for any case that came before the courts.

He said judges did not need to upskill on how social media apps worked.

"It's really up to the prosecution to put the necessary evidence before the court, particularly as far as the workings of the technology are concerned, to shoot home a conviction against the person they are accusing."

If the technology needed explaining in court to either a judge or jury, the prosecution could call an expert witness, he said.

University of Otago law Associate Professor Colin Gavaghan, who heads the centre for law and policy in emerging technologies, said it would be helpful for judges to have a go-to technology expert.

"Maybe some point of contact that they can call up and say, 'look, this has come up, I don't entirely understand how it works, is there anything you can spell out for me?'," he said.

It could be particularly useful in lower-level courts where calling expert witnesses on individual cases to explain new technology to a judge could become time-consuming if it got to the point where it needed to be done regularly, he said.

Dr Gavaghan said as more social media apps appeared, the challenge of how to understand and mitigate risks to users would continue to grow.