Police believe three people were involved in the ram raid theft of two Gottfried Lindauer paintings over the weekend. 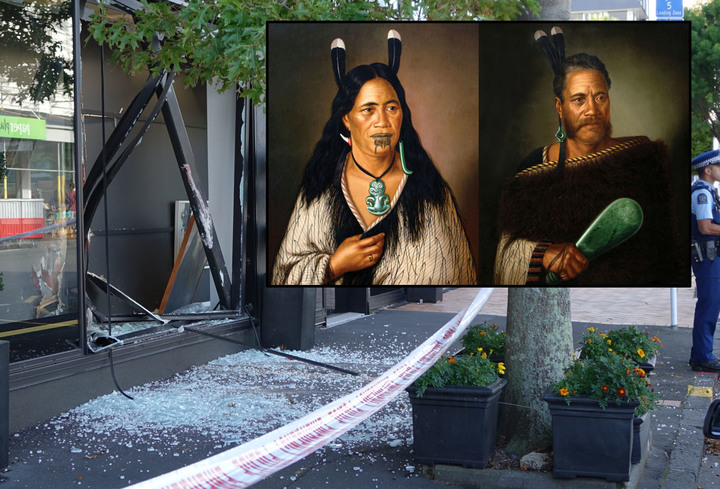 Thieves backed a stolen vehicle into the gallery about 4am on Saturday to snatch the 1884 paintings 'Chieftainess Ngatai-Raure' and 'Chief Ngatai-Raure'. Others got out of a second car, a white 2016 Holden Commodore SSV6.

Detective Inspector Scott Baird said three people were thought to be involved; the driver of the white Holden Commodore and two others.

Members of Auckland's art community fear the paintings will have been irreparably damaged in the heist.

Gow Langsford Gallery owner John Gow said the aftermath of the theft was a heartbreaking sight, with glass littering the pavement outside the International Art Centre in Parnell on Saturday morning.

It was a planned raid but it was a myth to think there was an overseas market for the paintings, he said.

"What I was hoping is that these paintings have been stolen by perhaps an iwi member who was upset that their ancestors were being sold for a lot of money.

"Unfortunately, I think it's probably worse than that. I think it's just an opportunistic thief who will have damaged the paintings quite considerably to get them out of that window," he said.

Nigel Borell, the curator of Maori Art at the Auckland Art Gallery said if a descendant was involved, they would have taken more care.

"When you look at the damage that was done to the front of the gallery, it's actually impacted the wall that the works would have been sitting on.

"It feels very much like a smash and grab as opposed to a calculated rescue attempt of the works," he said. 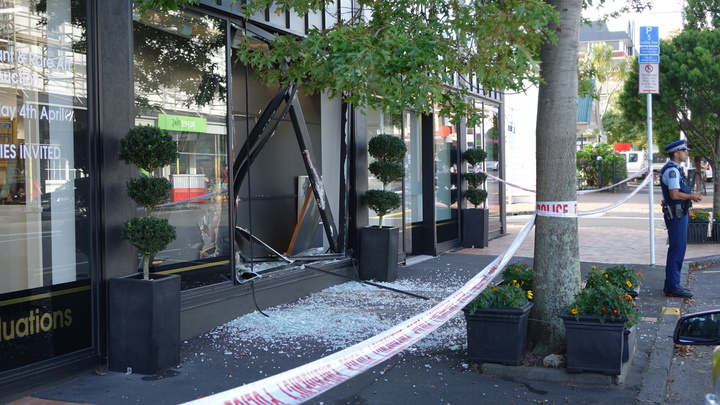 Glass can be seen littering the street at the International Art Centre, in Parnell, after the ram-raid. Photo: RNZ / Laura Tupou

But that was just speculation, said Mr Borell and people needed to be careful when talking about works of such important cultural significance.

He said Auckland Art Gallery had wanted to include the paintings in its recent exhibition but were unable to because their provenance couldn't be definitively verified.

"While they're Mr and Mrs Ngatai, the Ngatai connection to Tauranga - which is where one very large and prosperous family of Ngatai descendants live and are from - had not yet been substantiated. So at this point it is speculation as to where they are from." 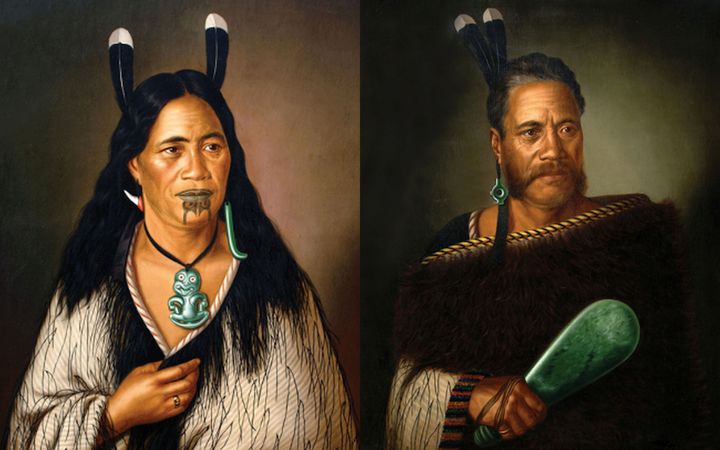 A senior art history lecturer at the University of Auckland, Ngarino Ellis, said it was difficult to understand why someone would want to take these paintings.

There was no black-market for Lindauer paintings, in New Zealand or overseas, and the main worry was about how the works were being cared for.

"I hope that whoever is taking care of this grandmother and this grandfather are jolly well looking after them.

"Because I'm really worried that they may not been seen for some time if they are taken away and stored for a while, which is what sometimes happens.

"And then they're brought out and people then try and sell them to dubious collectors."

The owner of the International Art Centre, Richard Thomson, did not want to be interviewed but in an email to RNZ wrote that the immediate return of the taonga was paramount.

He said the case was in the hands of the police and he did not want to comment or speculate further.