The Otago Regional Council has given details of two more water bottling permits in the region, as the government moves to increase scrutiny of water exports.

However, the council says it does not believe any bottling is actually taking place. 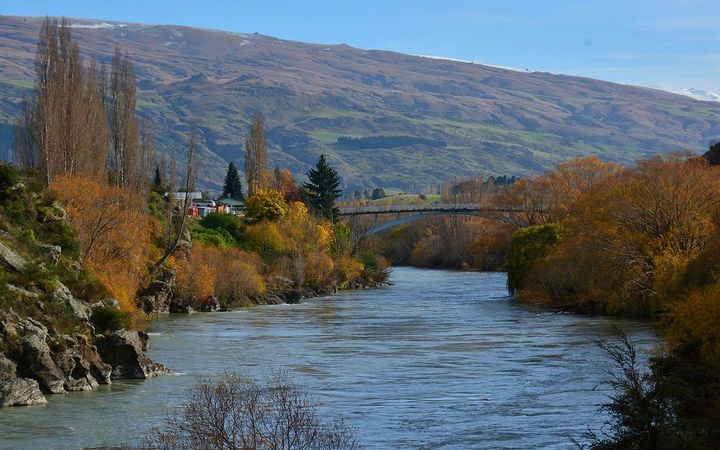 A tributary of the Clutha River, pictured, has a permit issued to allow 87 million litres of water to be bottled a year. Photo: Flickr / Shellie

RNZ earlier revealed Koha Water Limited was trying to sell land in the Southern Alps near Queenstown with a consent to bottle 236 million litres of water a year until 2038.

A 15,000-signature petition presented to Parliament last week by the Bung the Bore campaign called for a temporary ban on bottled water exports.

As well as Koha Water, Green Ocean Group has the right to bottle 10,000 litres an hour, or 87m litres a year, from a tributary of the Clutha River near Cromwell.

And an Alexandra person has the right to take 4m litres a year for domestic water supply, irrigation of a hectare of land and bottling for sale.

The council's chief executive, Peter Bodeker, said any permit holders taking water for bottling would have to notify the council of their water use, and none of them had submitted any information.

Mr Bodeker said the council had not specifically investigated the permits but was confident none of them were being operated.

Prime Minister Bill English yesterday said the government would ask an advisory group to look into the questions around exporting water, in response to public concern.

The technical advisory group was expected to report back at the end of the year or early next year.

* An earlier version of this article said Green Ocean Group was based in Auckland. It has changed its address to Alexandra, as of last year.