Workers clearing the roads north of Kaikōura say they have reached a significant milestone, with work beginning on the slip at Ohau Point this week. 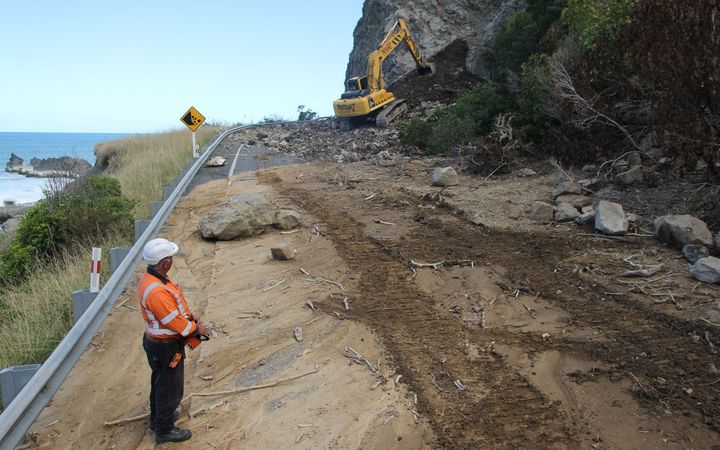 There are 10 major slips north of Kaikōura, and the one at Ohau Point is among the biggest and most complex.

New Zealand Transport Agency earthquake recovery manager Steve Mutton said there were 150 people working on the slips at the moment, and that number would increase as the excavation sped up.

"We've managed to make access tracks all the way around nine of the massive slips that we have there", he said.

At Ohau Point, Mr Mutton said there were helicopters sluicing away loose material, a remote-controlled excavator, and specialist abseilers bringing down boulders.

"These slips north of Kaikōura are massive, some of the slip faces are 300 metres high. The material from the slip would fill over 300 Olympic-sized swimming pools," he said. 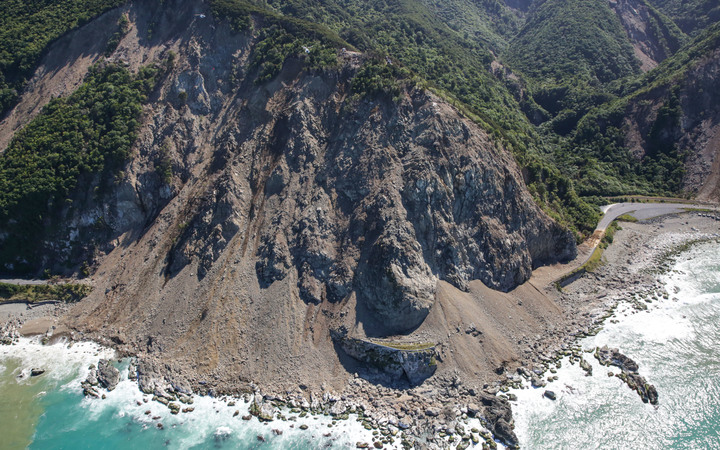 The scale of the slip, with enough material to "fill 300 Olympic-sized swimming pools" can be seen from the air. Photo: RNZ / Rebekah Pasons-King

"Some of the boulders that we've had come down from the faces of the slips are the size of family car," he said. "This has never been seen before in New Zealand and it's a massive job ahead."

Crews were aiming to get the road and railway reopened before Christmas, he said.

Transport Minister Simon Bridges said work would soon begin to rebuild sections of the highway and railway line damaged by the earthquake.

"People will begin to see some very visible progress in coming weeks. Work is now happening on all sections from Blue Duck Valley Road to north of Waipapa Bay," said Mr Bridges.