Beehive and honey thefts are continuing to rise and police believe organised gangs are responsible for most of the crime. 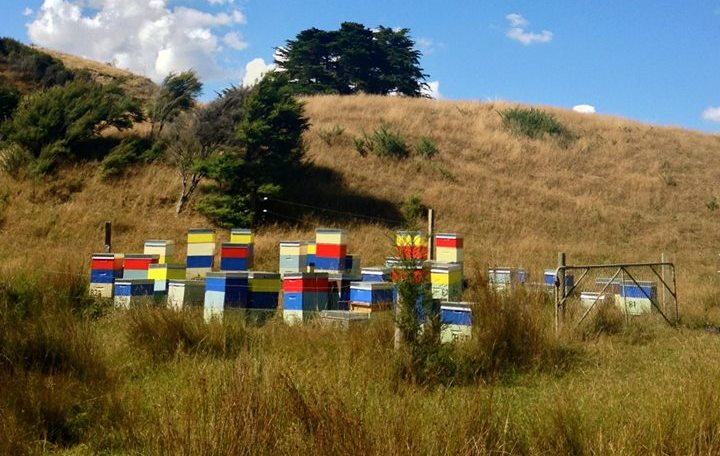 Last year the police started to crack down on honey crime but in the past six months alone there have been about 400 reported thefts of beehives and honey - most of them in Northland, Auckland, Whanganui and Manawatu.

The police are characterising the connection between the rising number of thefts and the rising price of manuka honey as a "gold rush".

National community policing coordinator senior sergeant Alasdair Macmillan said in the past six months, police had noticed a spike in the number of crimes reported.

He said it suggested more people were taking the thefts more seriously.

In Auckland, thieves were stealing honey products off the shelves of pharmacies and supermarkets, Mr Macmillan said.

"In relation to beehives and bees, definitely the Northland area. And I put that down to the large concentration of manuka growing in those areas.

The honey gangs were not small operations, he said.

"A majority of this has to be organised ... because of the volumes of hives that are being stolen."

More than 500 hives were taken from a forestry block in Northland last year, he said.

"I believe that when they are renewing their plant, we need to find out what's happening to their old plant that they have renewed.

"Because this may well be bought by someone they think is a legitimate participant in the operation, but it could just as well be a member of one of these organised groups."

"Where once we'd see the odd isolated regional incident, today we're seeing theft occur on a much wider scale.

"We're seeing multiple hives targeted. And clearly the increased prices we're getting for New Zealand honey, particularly manuka honey, that is undoubtedly a factor behind the trend."

Beekeepers were worried about organised crime groups driving the numbers of thefts up even higher, costing the industry millions of dollars, Ms Kos said.

Apiculture New Zealand, police and the Ministry for Primary Industries were working together to build a database aimed at tracking each and every theft, and getting information that other agencies may have about the thousands of hives across the country.

Ms Kos said there were around 800,000 registered beehives - double the number registered five years ago.

Alasdair Macmillan said anyone with beehives should take precautions - including fencing off hives and installing CCTV cameras - and report any suspicious behaviour to police.

Two men were set to appear in a Northland court on beehive-theft related charges.

One of them allegedly stole more than $50,000 worth of beehives.