Police are asking the public to turn detective and help them catch thieves who have been stealing beehives in Northland. 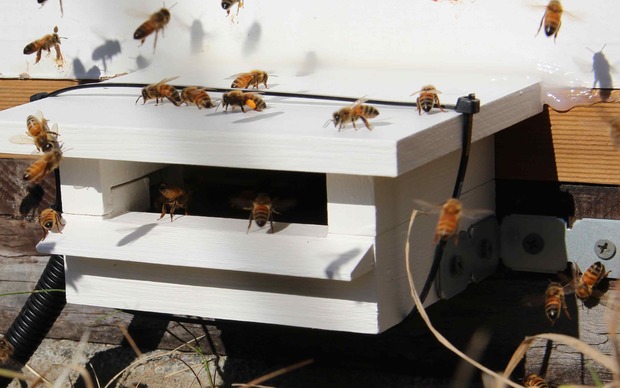 There have been two beehive thefts in the last month: six were taken from Kauri, north of Whangarei, last week - and 22 from Oromahoe on State Highway 10 the week before.

He said it was thought the hives were often taken at night when there was less chance of farmers or members of the public spotting the thieves.

He said beekeepers often shifted hives just before dawn and after dusk using small utes, but the police needed public to watch for hives being transported, and take down the vehicle's registration number.

Mr Metcalfe said people can report any suspicious activity involving beehives by calling *555, and a description of the hives would also be helpful.

A Hawke's Bay beekeeping company, True Honey, has also recently warned fellow beekeepers to be on alert for thieves after 19 of its hives were stolen.