Families in a block of Auckland flats are in emergency accommodation after water gushed into the building during yesterday's massive storm.

Water surged through the New Lynn flats and swept across a road, pushing vehicles down a driveway in flooding that inundated more than 320 homes across the city.

Civil Defence said all the floodwaters had now receded after the big dump of rain.

Operations manager Aaron Davis told Morning Report they had housed 18 people overnight, and were continuing to help them get back on their feet.

In Dany Madawalaliyanage's waterlogged flat, a fridge lay on its side, sodden clothes and toys were strewn on the floor after metre-high water gushed through the front and back doors.

He found his car covered in mud and sticks after water and debris broke through a barrier and into the carpark. 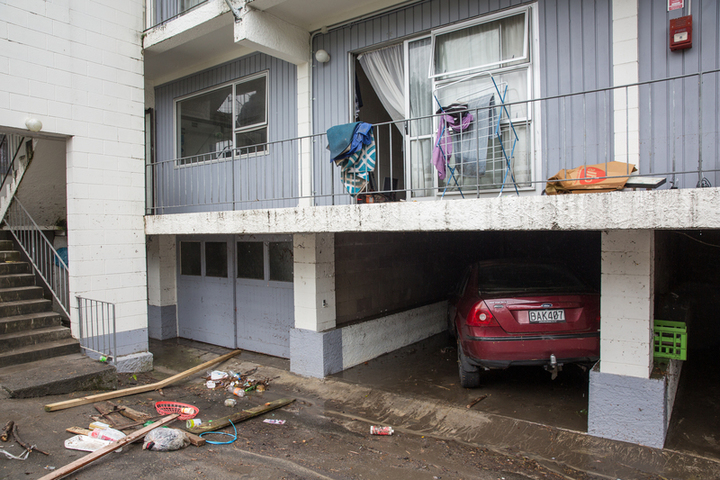 Jonathan Henry was in tears as he described how he tried to save his car in waist-deep water.

"I'm a week to week man, you know this is the third vehicle I've lost now, here."

Another tenant at the Great North Road flats, who did not want to be named, said the 2m deep torrent of water submerged his car and poured into his flat. It was the third time he had been flooded. 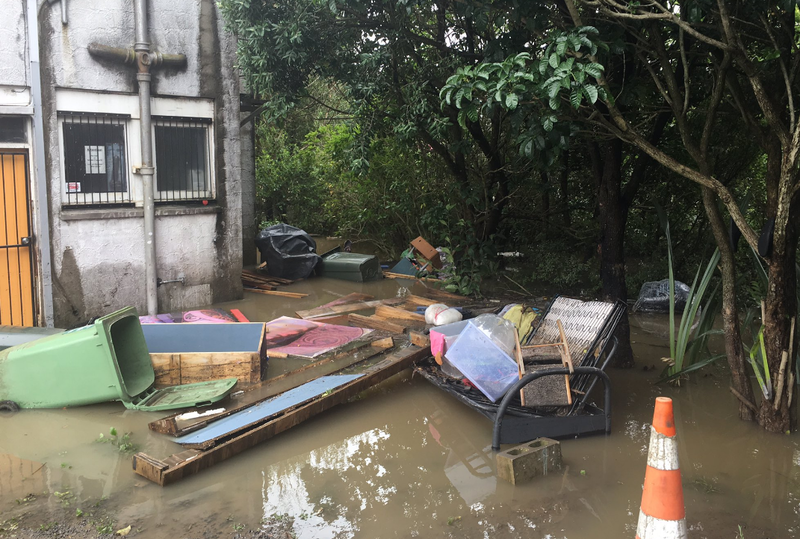 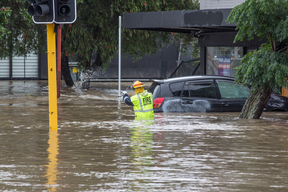 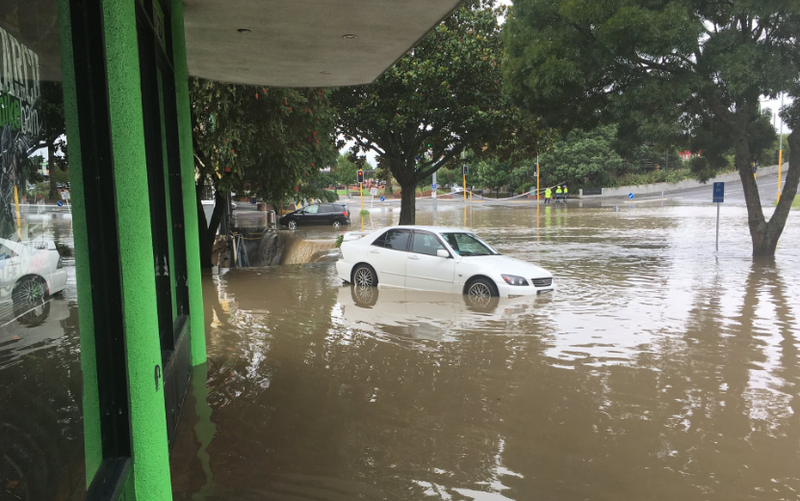 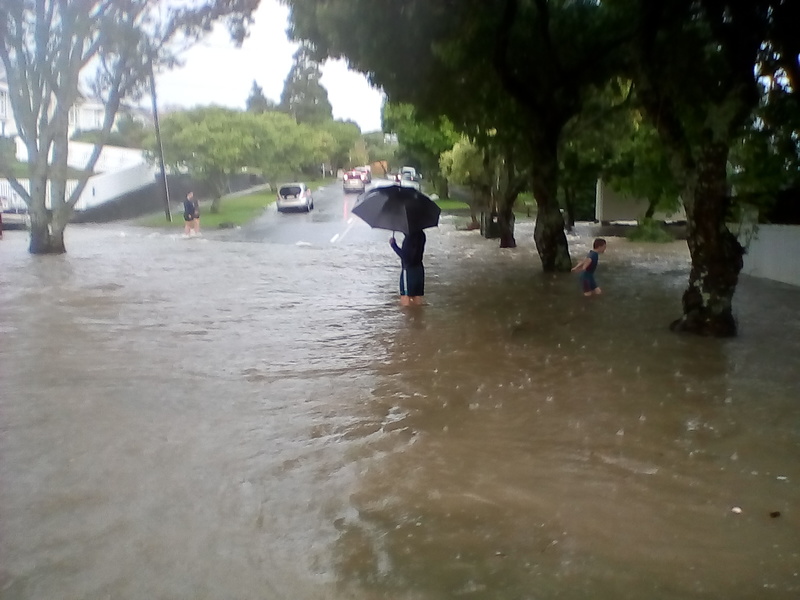 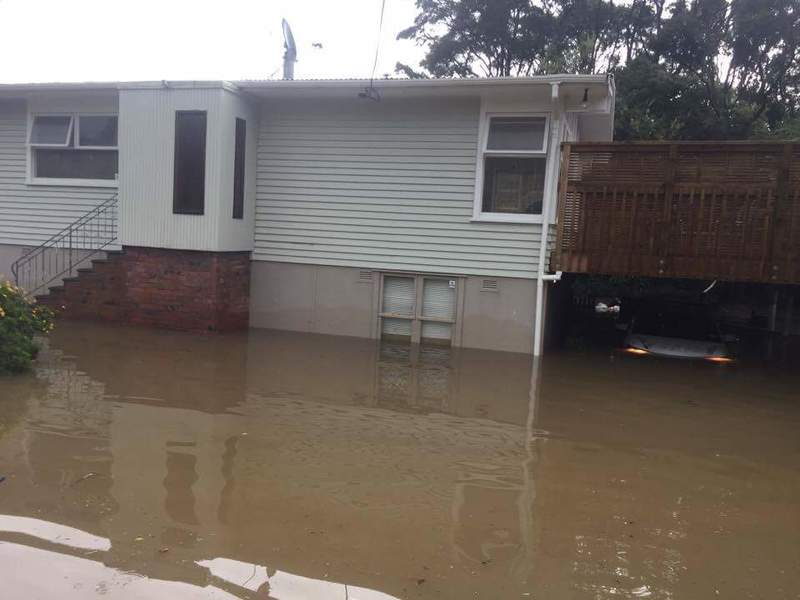 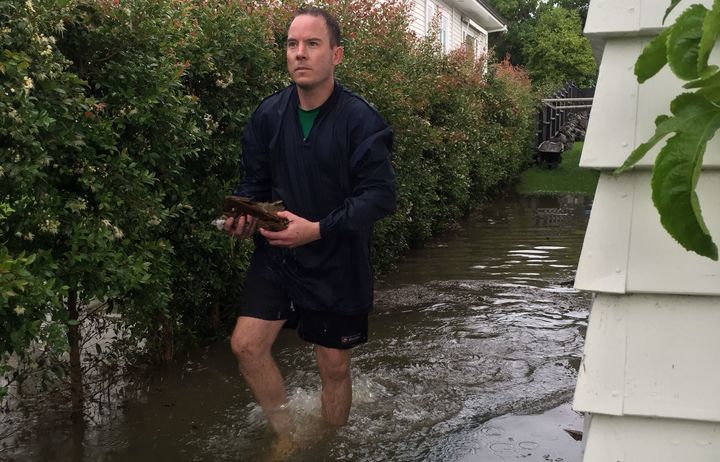 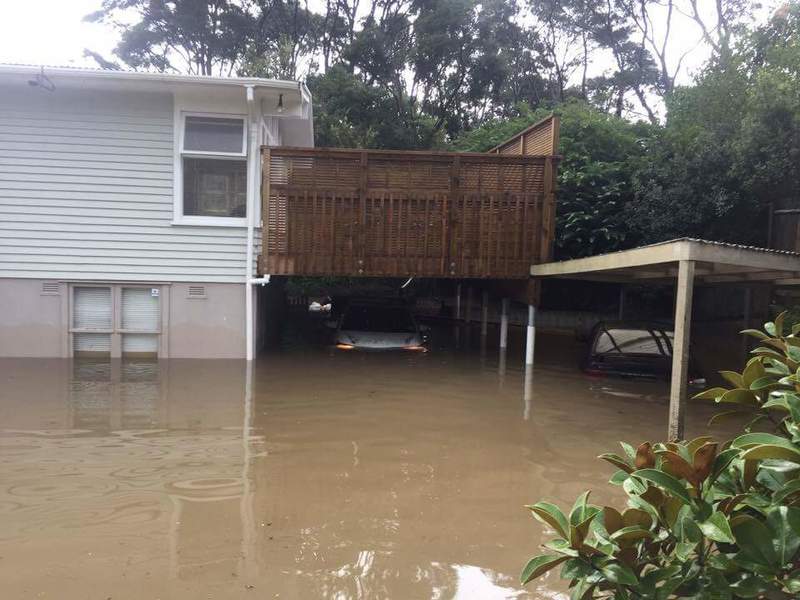 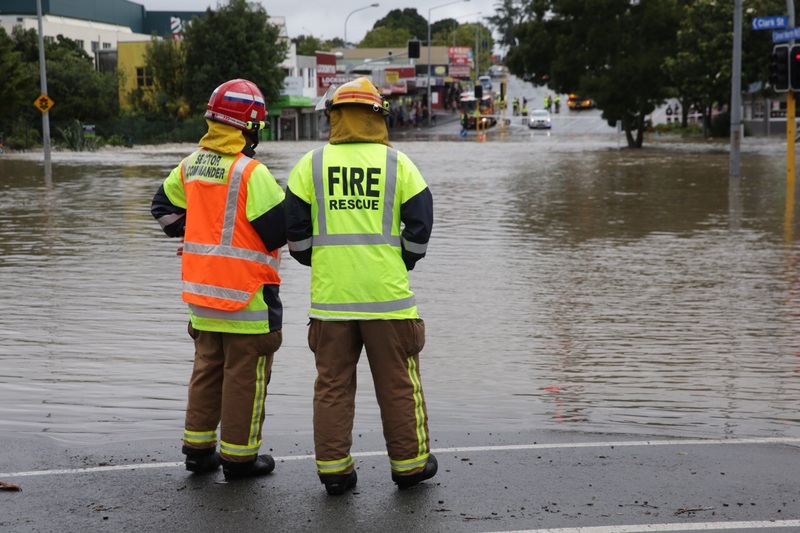 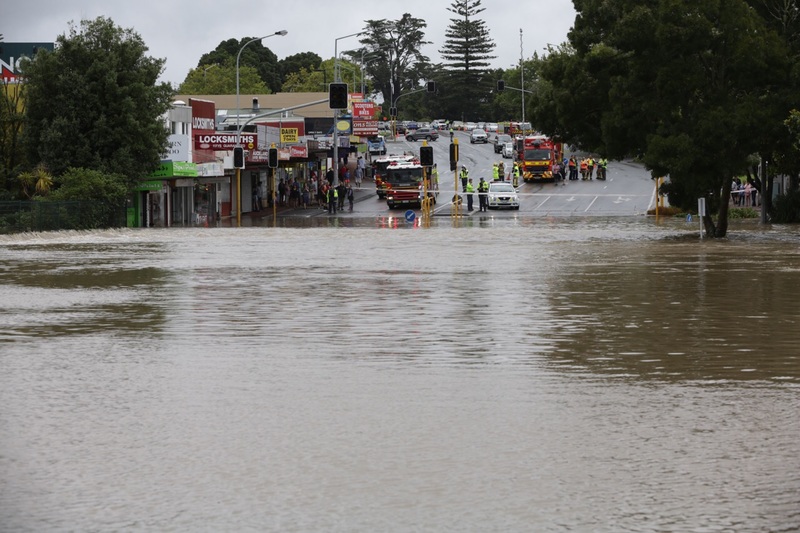 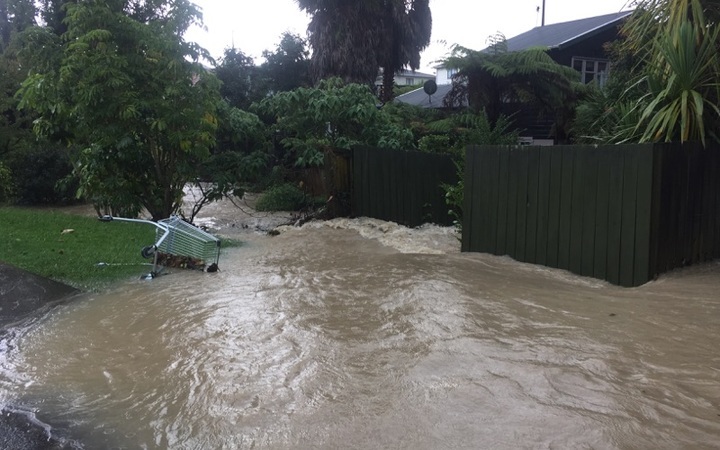 A flooded property in Glen Eden. 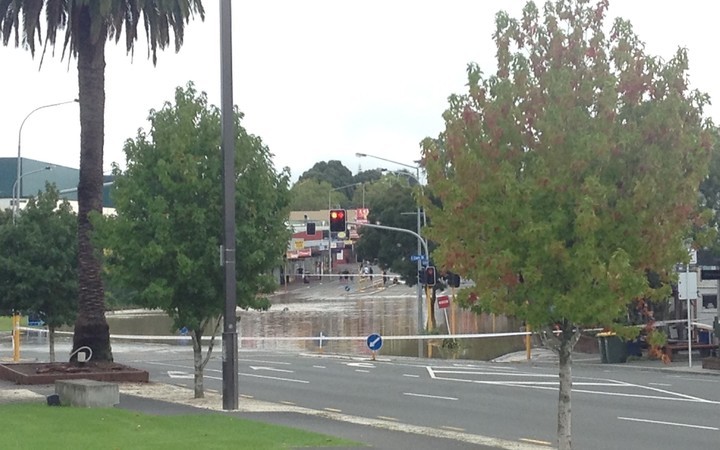 Several roads in New Lynn are under water. 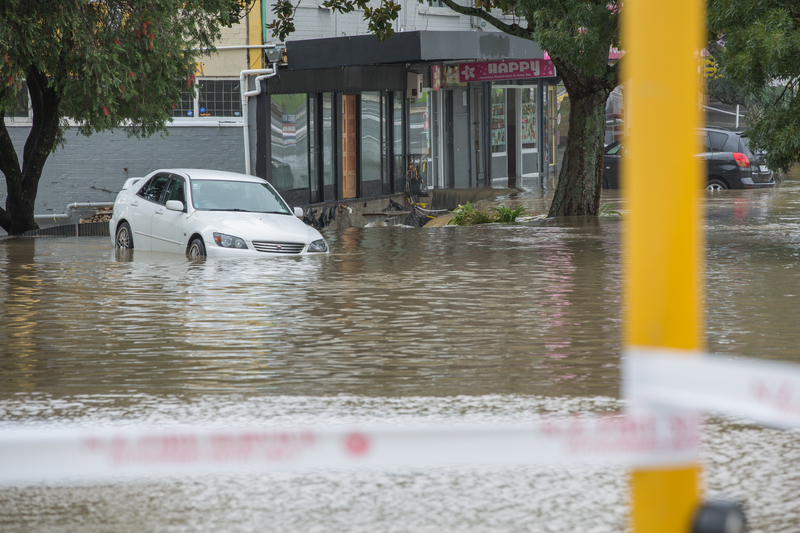 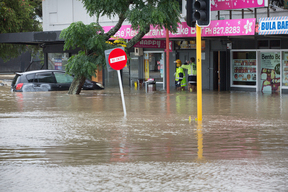 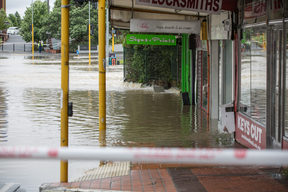 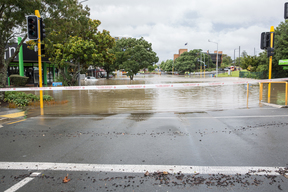 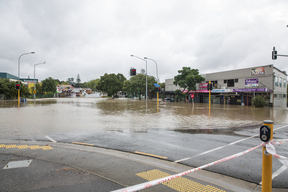 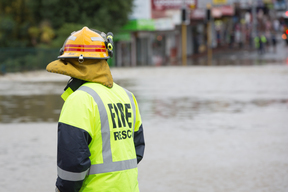 In Auckland's third rainstorm in a week, power was cut to almost 4000 homes, and nearly 600 emergency calls were made.

Residents of flooded homes are blaming Auckland Council for failing to keep culverts clear of rubbish.

The MP for New Lynn, David Cunliffe, said up to a dozen families in the flats needed emergency housing and many had lost most of their possessions.

"Sadly they're among the most vulnerable new migrants.

He blamed Auckland Council for failing to fix an old problem it knew about.

"They should, in my view, have more regular maintenance to make sure that culverts are all clear and that there's not rubbish and overgrowth stopping the water getting down into the stormwater drains."

A furniture maker, whose business is across the road from the flats, said his company was in jeopardy after the second flood in five years.

Ivan Xu said couches, chairs and machinery were in ruins.

He said the 20-year-old business, employing 25 people, was at risk unless it could recover quickly.

Local MP Carmel Sepuloni said the bottom floor of her own house was flooded.

She said a lot of people had been in touch, offering to help people who had lost their homes.

"They've got furniture, someone's got a washing machine, and so I think it's going to be about putting people in touch with those that need the things that they have to offer."