Gender bias is the main reason the wage gap has remained unchanged for a decade, rather than education, occupation and industry, according to new data. 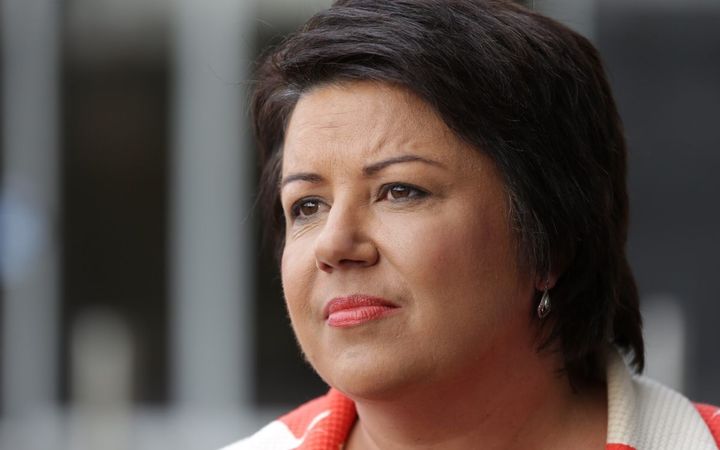 The pay gap between men and women remains at 12 percent, according to the research, undertaken by Auckland University of Technology for the Ministry for Women.

Different occupations and industries, the amount of work experience and women's qualifications relative to men accounted for less than 20 percent of the pay gap between the sexes.

Bias against women - both conscious and unconscious - accounted for as much as 83 percent.

Minister for Women Paula Bennett said if men were employed in senior roles, they were more likely to employ people like themselves.

She said there was also a belief that women would accept less pay than men.

In a speech about the pay gap today, Ms Bennett told an audience of human resource professionals they were a powerful group.

"You do the hiring," she said. "You are involved in setting pay rates."

Women were better educated, were moving into jobs that were traditionally dominated by men, and were participating more in the labour market, she said.

"Despite all of that, up to 80 percent of the reason for the pay gap is described as 'unexplained factors'," she said.

"That means it's bias against women, both conscious and unconscious. It's about the attitudes and assumptions of women in the workplace, it's about employing people who we think will fit in - and when you have a workforce of men, particularly in senior roles, then it seems likely you're going to stick with the status quo - whether they do that intentionally or not, it's 'like attracts like'.

"It's because there is still a belief that women will accept less pay than men - they don't know their worth and aren't as good at negotiating."

It was no longer acceptable to keep ignoring the issue, and employers needed to take an active role to encourage women into better higher-paying jobs, she said

The minister said she would not be pushing a law change to shrink the pay gap in the private sector, but said businesses should do gender pay gap audits and publish the results.

In 2014, Lower Hutt rest home worker Kristine Bartlett took Terranova Homes and Care to court, arguing her pay of $14.32 per hour was gender discrimination. Her case sparked a legal wrangle and forced the government to the bargaining table.

It also resulted in the formation of a working group on pay equity, which recommended that women get paid the same amount as men for doing the same work.

"We are waiting for settlement of Kristine Bartlett's case and also action around getting into Parliament and passing changes to the Equal Pay Act to ensure that women in female-dominated workplaces have got a process to pursue female pay equity," he said.

Mr Ryall said he would have preferred if the minister had said when the government was going to settle the Terranova case, which had implications for 50,000 care and support workers.

Ms Bennett would not comment on the case, and said negotiations were ongoing.

But she said the public service - whose gender pay gap of 14 percent was higher than the national average - was taking steps to address this by making each government department publish data on their gender pay gaps.

"We're actively going through and selecting women out for leadership programmes so that they can go into promotions and take up those sorts of jobs that are there.

"I'm incredibly proud that, in my time, we've got 45 percent of women in senior leadership roles within the public service. We are doing regular workshops with each department on what's going on. We are looking carefully at their recruitment processes," she said.

Employers and Manufacturers Association spokesperson Kim Campbell said more work was needed, particularly about what made up the 80 percent attributed to bias.

"There is a presumption drawn - and it may be the correct one - that it's various types of biases. But that's the conclusion that they've drawn because they have no other explaination. And I think before I draw that conclusion I'd like to see a lot more research done," he said.

The full research can be found online here.