A campaign to shift the summer holidays to February when the weather may be better appears to be at odds with the fact that often it is not. 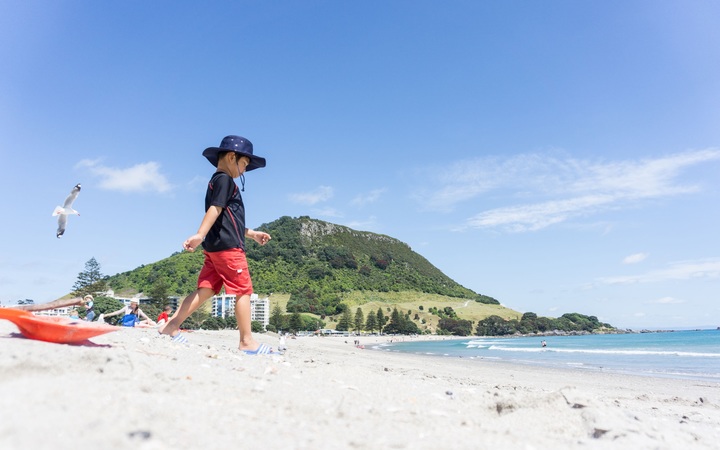 Last February was an exception - it was the second warmest February on record for New Zealand, but in 2011-12 it was cold. Photo: 123RF

NIWA climate scientist Nava Fedaeff said data showed that average temperatures were only about a degree different and sometimes January was warmer, depending on the place.

"While February is generally warmer and drier for most of us, it's not the same all over New Zealand," she said.

"Gisborne and Masterton, for example, on average have wetter and cooler Februarys.

"It depends on where you are, it really does vary up and down the country."

In Whangarei, the average maximum temperature is 24.3°C in both January and February. In Auckland February's maximum is 0.6° higher, but Timaru is 0.7° cooler.

There were also plenty of Februarys that had had lousy weather in the past, she said.

"2009 there was an ex-tropical cyclone Innis that brought plenty of flooding to New Zealand and just a week later another storm."

Ms Fedaeff said the cooler summer many parts of the country were having this year was not part of a trend.

"We are not seeing weather patterns change significantly, but what we have seen this summer is typical of how summers can differ over time."

The main plus was to do with water temperature.

"The big one is sea-surface temperatures are warmest at the end of February, start of March, so I could see the argument that water is warm but the other side to that coin is that's also an active time of year for tropical cyclones which is why we can get some of those summer storms, they're a bit more likely then."

Last February was an exception - it was the second warmest February on record for New Zealand, but in 2011-12 it was cold.

NIWA said this February should bring a good deal of settled and warm weather to the North Island and eastern South Island.

January has had below or much below average temperatures for many parts of the country except in the east and north of the North Island. Kerikeri is on track for its third warmest January on record and Hastings its second warmest in terms of mean maximum temperature.