More than $76 million of taxpayer's money has been invested in foreign companies that make a large amount of their profit from coal. 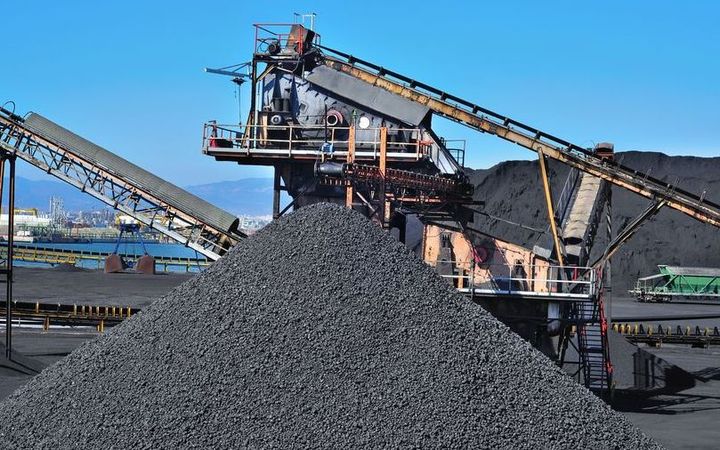 The New Zealand Superfund has invested $76.8 million in 47 companies that the Norwegian Government Pension Fund - the largest Sovereign welfare fund in the world - has blacklisted.

The Norwegian pension fund is a world leader in sustainable and ethical investment practices. It has banned companies that generate over 30 percent of their revenue from coal.

Greens co-party leader James Shaw said one of those companies, Coal India, has coal reserves that - if they were burned - would create emissions a thousand times greater than New Zealand's annual emissions.

"Often you hear in New Zealand people say: 'Oh, we don't really need to worry about climate change here in New Zealand because our emissions are so small'. But our retirement fund has about a million dollars invested in that company and there are about 10 other companies that also dwarf our country's annual emissions."

"I know that the New Zealand Superfund has done a lot of work of their own on climate risk and so on which they're going to be implementing this year and the next but given that there is this colossal Norwegian fund out there who is showing the way, why is it that other funds can't simply say: 'Well, we're going to adopt the same set of standards and we'll work together as a group'?"

A spokesperson for the New Zealand Superfund said no one from the organisation would be interviewed about investing in coal.

"We are currently working on building our carbon methodology to target divestment of high risk companies. We are looking to achieve a substantial reduction in both carbon emissions and fossil fuel reserves as soon as practicable."

Mr Whinary said the New Zealand Superfund has a commitment to engage with companies to encourage them to change their practices.

"Blanket exclusions rule out the possibility of engaging with firms in the sector that may be able to transition, and may have a role to play in transitioning to a low carbon economy."

The first tranche of banned companies by the Norwegians was released back in April. That covered 43 companies and the New Zealand superfund has money invested in all but nine of them.

James Shaw of the Greens applauds the New Zealand Superfund's progress but said it was slow. He lay the blame at the feet of the government for not setting an example to the Superfund managers.

"The National government signed the Paris Agreement on Climate Change last year. These investment portfolios in coal are not consistent with that commitment to keep global warming below two degrees and so essentially you've got two arms of government that are operating in cross purposes."

But the Finance Minister Steven Joyce said the Superfund has a comprehensive policy and the fund is working on getting out of fossil fuels.

"But they're going to do it in such a way which preserves the value of those investments for New Zealander's retirements and that's the sensible, non-political way of doing it. And if the Greens ... They're basically saying they would direct the Superfund to do a whole bunch of things ... And I think there's a reason for the fund's independence and that's to be able to make the investments that are right for New Zealander's retirement."

He said politicians should stay out of the Superfund's management.

Asked if the same should go for tobacco and landmines, Mr Joyce had this to say: "Well, we've got laws around one or two of those things which the Parliament has agreed on, but my argument is that should be done very sparingly and what the Greens have shown and continue to show is that they have a very, very long list of things they don't like people investing in and if they were controlling the Superfund, I think you'd have a very short list of investments that they would be in favour of."

Brian Gaynor, fund manager and executive director of Milford Asset Management sounded a word of caution. He said countries tended to only ban investment in sectors that aren't integral to their own economy.