Officers made the wrong decision to let dogs loose in a man's car during an arrest, the chief assessor of police dog training has told a court. 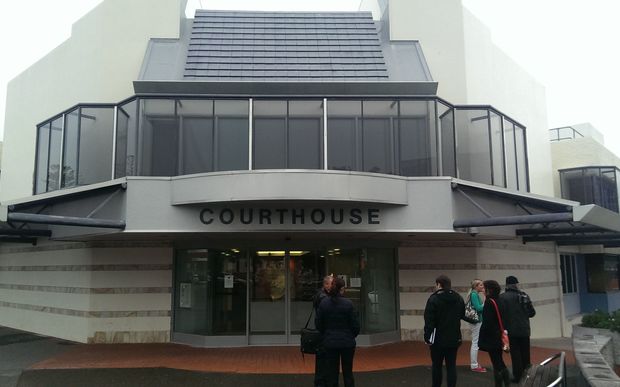 Four officers are on trial at Napier District Court accused of assaulting Gregory McPeake with weapons.

Police officers caught up with Mr McPeake at Napier's Westshore in March last year after he had seriously assaulted his elderly father with a baton-like weapon, known as a cosh.

When Mr McPeake refused to get out of his car the officers smashed his windows, pepper sprayed him, used tasers and let dogs lose inside before he was dragged out face first.

He died a short time later. The court has been told Mr McPeake's death had nothing to do with the officers' actions.

"There's a number of reasons that we don't do it, and deploying two dogs into a vehicle in this situation wasn't appropriate," Mr Southall said.

He told Crown prosecutor Ben Vanderkolk no warning was given to Mr McPeake before the dogs were set on him.

"To open the door and then deploy the dog to bite, I don't believe it was necessary ... there were other options," Mr Southall said.

He said once the keys were removed from the vehicle, the officers could have stepped back and discussed options. Instead, there seemed to be no communication once the windows were smashed.

Under cross-examination, he agreed Mr McPeake posed a risk. He also agreed that the best people to make the call about actions to be taken were the officers on the ground at the time.

Under questioning from Jonathan Krebs, one of the officers' lawyers, Mr Southall said Mr McPeake's threat was limited.

"When you look at the size of Mr McPeake, the condition he was in ... It would be difficult for him to adopt rapid movements from in that vehicle, like reaching behind..."

Mr Krebs responded: "Come on Inspector, he could easily have fired that crossbow out of the car at somebody standing at a distance between me and you now, couldn't he?"

Mr Southall answered: "If he had the crossbow, if it was there. My point is that the staff there were putting their hands in the vehicle to take the keys out. So all I'm saying is was it actually that great a threat?"

He was then asked to read glowing reports of the officers made during their performance reviews.

Earlier, Detective Sergeant Kate Dobbie read a transcript of an interview one of the officers gave to investigators.

The officer said he was shocked that the gathering point was so close to Mr McPeake's car, given reports that Mr McPeake had a crossbow - a weapon with a killing range of 80m.

"My concern was, at the time, he could have been out of the vehicle at this time, possibly with a crossbow. We were standing in a group easily in range of a crossbow. I have owned and used a crossbow when I was a lot younger and I think they are one of the worst weapons available. Their penetration is ridiculous.

"They're just a really dangerous weapon, they're penetration ... They have incredible penetration, more so than what a bullet does."

The officer told investigators that at one point he reached in the window to try to open the door but Mr McPeake hit him in the arm. Pepper spray and tasers had no effect on the man, who weighed 179kg.

"My fear was that had he struck me in the head, he would have knocked me unconscious and if I fell into the vehicle and he had got hold of me, it would have been very difficult for anyone to do anything about it."

The officer said he let his dog lose in the car to try and get Mr McPeake out, but Mr McPeake grabbed the dog and slammed it into the gear stick.

There has been no evidence before the court that Mr McPeake was actually armed with a crossbow.