A police officer involved in an arrest in which pepper spray, tasers and police dogs were used said he feared the suspect would harm officers with a crossbow. 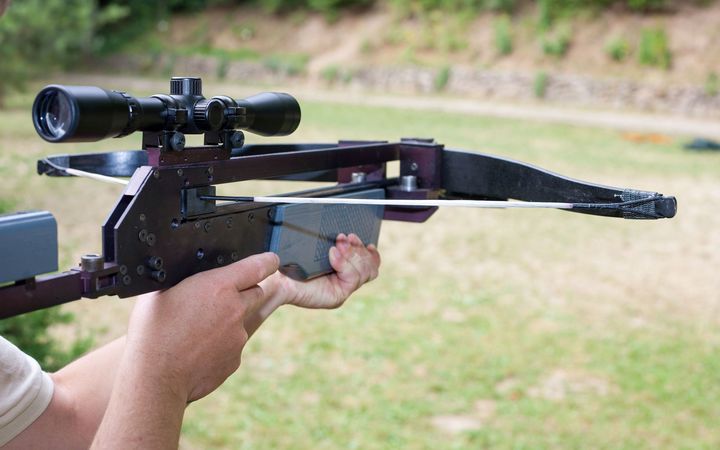 The man was one of the four officers, all with name suppression, who are on trial at Napier District Court for assaulting Gregory McPeake with a weapon in March 2015.

The officers were trying to arrest Mr McPeake, who had just beaten his elderly father with a baton-like weapon, and was parked in his car at Napier's Westshore Beach.

In an interview with investigators, the officer said he tried to open Mr McPeake's car door but Mr McPeake hit him on the arm.

He had been told Mr McPeake had a crossbow and at one point he saw him with a police baton, the officer said.

He was concerned police had gathered at a spot within crossbow range of Mr McPeake's car.

He had owned a crossbow himself and said they were a silent weapon with strong penetration.

He feared he could be killed or seriously injured as he approached Mr McPeake's car, he said.

There is no evidence that Mr McPeake had a crossbow in his car.

The head of the police dog handlers then told the court that releasing dogs into a car was inappropriate.

Inspector Todd Southall said it was inappropriate to release two dogs in such a confined space and a warning should have been given first.

He said they had other options.

He said the idea that the 30-kilogram dogs could have removed a 179-kilogram Mr McPeake from the car was impossible.