The police officer in charge of an arrest that saw officers use pepper spray, tasers and police dogs left his team leaderless after getting glass in his eye, he says. 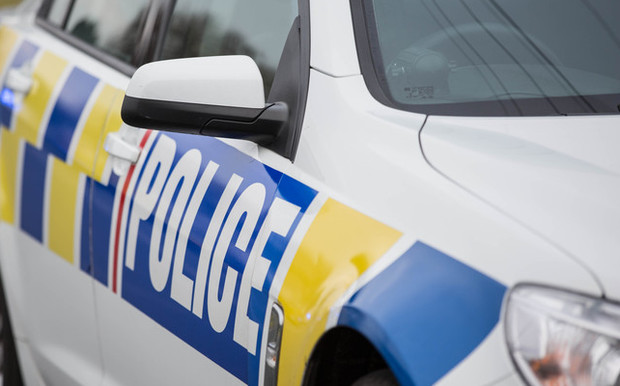 Four officers, who have name suppression, are on trial in the Napier District Court, where they have denied assaulting Gregory McPeake with a weapon.

They were trying to arrest Mr McPeake, who had just beaten his elderly father with a baton-like weapon, and was parked in his car at Napier's Westshore Beach, in March 2015.

Acting Sergeant Glen Baker, who is not among the accused, was called to the scene and became the senior officer on the ground, after being briefed by another senior officer.

"I reiterated to the entire team at the briefing that I wanted it to be a gentle approach as, at the time of the information given to me by the traffic car, we didn't even know if the subject was in the vehicle."

Mr Baker said once they found Mr McPeake parked at the beach, he told Mr McPeake between 15 and 20 times over a loudhailer that he was under arrest and to get out of his car.

Mr McPeake's reaction was to turn up his radio.

Mr Baker said he directed two teams of three officers to approach the car from each side and to get McPeake out, but the doors were locked.

Officers smashed the windows, used pepper spray and fired their tasers before the police dogs were set loose.

Under cross-examination by one of the accused officers' lawyers, Susan Hughes QC, Mr Baker confirmed there was no real plan.

Ms Hughes asked: "So, you accept that you did not have a plan beyond voice appeal and smashing windows?

Ms Hughes: "And that you left, therefore, six officers, independently one from the other, doing the best they could in the circumstances?"

Ms Hughes also asked: "And do you consider that on that night, that you led your people as you should have?"

Mr Baker: "Hindsight is a wonderful thing, isn't it?"

Mr Baker: "Based on the information I had at the time and the actions that Mr McPeake took, I thought the circumstances played out as they had to."

Sergeant Glen Burrell, who was the officer that briefed Mr Baker, said he had earlier considered calling the Armed Offenders Squad to arrest Mr McPeake but he did not believe they had enough information to do so.

The officer with 18 years' experience told another defence lawyer, Jonathan Krebs, that he had been told Mr McPeake was suicidal and could have a crossbow.

"You would feel well qualified to agree, I expect, that the combination of a big chap, intending to kill somebody and having a lot of alcohol on board presents a very serious risk situation, doesn't it?" Mr Krebs asked.

He also gave a glowing report of the officers on trial, including this one:

"Yeah, a fantastic man. Sometimes I think he's too nice to be in the police but he's certainly out there doing the hard yards all the time. You know? He's an Energiser Bunny."

Mr McPeake was eventually pulled from the car and landed on the ground face-first. He died at the scene, despite efforts by the officers to save him.

The court has been told the actions of the officers did not cause his death.