Abseilers have been dislodging boulders as big as cars, sending them crashing down onto State Highway 1, as the huge task of clearing the roads around Kaikōura continues. 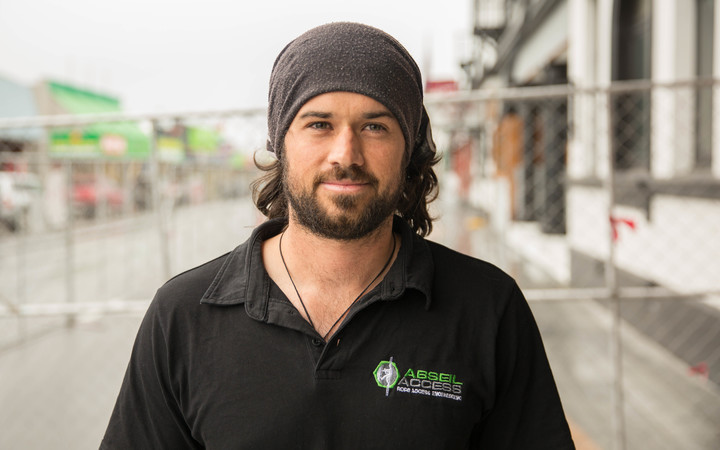 Dozens of landslips have blocked the roads into Kaikoura after last week's magnitude-7.8 quake.

Alex Wilmhurst and his two crews of abseilers from Abseil Access have been dealing with the job of clearing away some of the rocks above the road, before full clearance teams can move in.

His team had to be called off the job because of rain, but Mr Wilmhurst said they were making steady progress on SH1, south of Kaikōura, after helping clear rocks above the inland road.

"Some of the rocks we were moving yesterday were up to 10 cubic metres, so some of them look quite small from below, but when you get up there, it's all quite fractured rock that we are removing. It's quite satisfying seeing them roll down the hill, we do have a little fun, but we're there to do a job as well."

Mr Wilmhurst expected the two abseil crews would work on the highway for several weeks.

No convoys until Monday 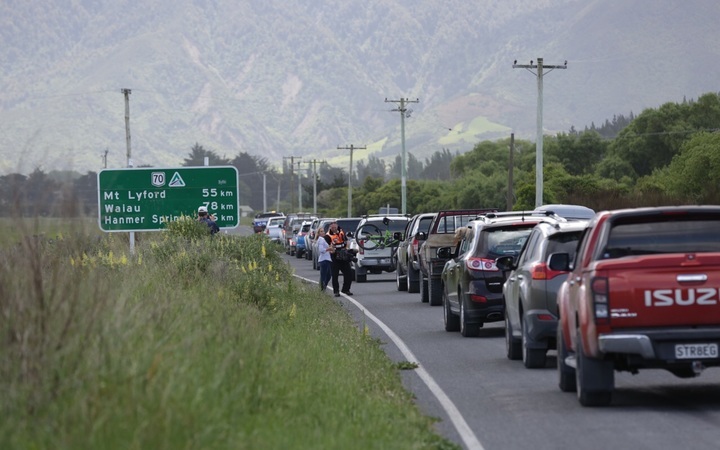 The government has allowed daily convoys of people wanting to travel to or from Kaikōura through the inland road. Photo: RNZ / Rebekah Parsons-King

Earlier, a convoy due to leave Kaikōura this afternoon was cancelled, and there would be no further convoys until Monday.

A New Zealand Transport Agency spokesperson said wet weather meant there was a high risk of rockfall and landslides.

This morning's convoy into the area from Mt Lyford was also cancelled. The agency said contractors would clear slips over the weekend.

Those who registered for the convoy today would need to re-register for another trip.