When a quake leaves a 1km lake in your backyard, why not name it after yourself? That's what Rebekah Kelly did, and her family is finding a bright side in their new water feature.

"The dam is so big that I can be neither happy or unhappy if I choose," she said.

"But you've got to find some excitement in these things and for my children - we homeschool them here and so this place is as much our playground as it is our place of business - and who doesn't like lakes?" 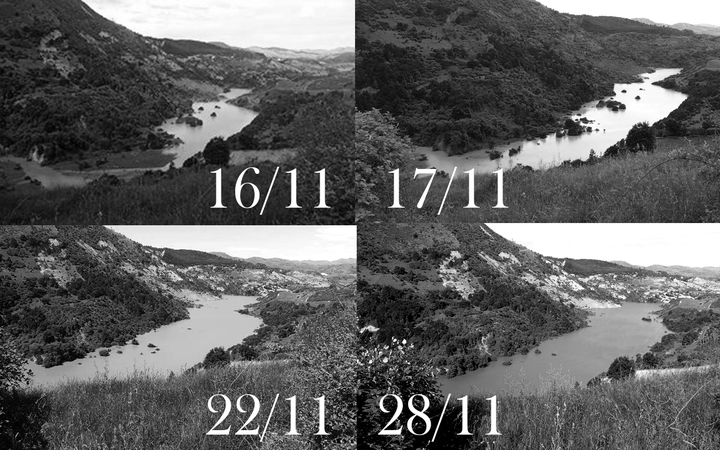 On Woodchester farm in the far reaches of the Hurunui district, the first clue the fifth-generation farming family had of their new "water feature", was during the 7.8 Kaikōura quake itself.

"Well, from the start, it got very rocky, it's the same story as everybody else. And we got the children out of the house and were standing in a big paddock where it felt quite safe and once the rocking stopped we heard this other noise.

"And my husband said 'well, what do you think that is' and I thought 'well, the only time I've ever heard that noise was a river being quite big and doing big river things', so I just said 'oh it's just probably the river'."

She said the family went to check on her husband Dave's mother, who lives in a house on her own, and the family stayed the night with her. Dave drove their 6km driveway the next day.

"So he came back in the next day and said 'you'll just never believe what has happened'."

The size of the slip was absolutely unbelievable, she said.

"I think the scientists said it's 13 million tonnes of dirt in it, and as perspective I think the Manawatu Gorge slip that took months and months to clear was 200,000 tonnes, so it's just massive."

So Rebekah took to Facebook to announce that she was naming the new landmark after herself - before the children could call it "Lake Quake". 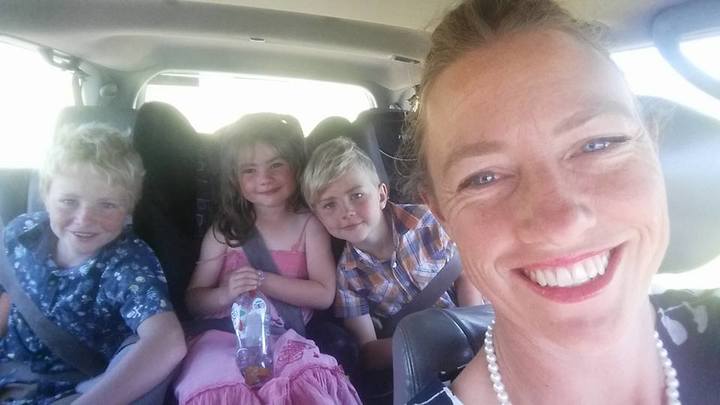 She said the family had lost farming land - not an intensive farming area - but land that was definitely used.

"The river has sort of filled itself in, although we had that heavy rain a couple of days after the quake and the river certainly rose, and it happened quite rapidly to start with because it was quite a small area that was infilling.

"But now the lake's probably a kilometre long, and it's rising by a slower amount each day.

She said the damage to the property overall was massive, with gaps big enough to lose sheep in. There was certainly a bright side, however.

"Sheep and beef farming being what it is you look for other income streams and tourism was something that we had thought about, but never conceived that we'd wake up in the morning to a lakefront property."