Businesses along the alternative route between Christchurch and Blenheim are considering 24-hour opening times to cope with the sudden increase in customers since road closures on Kaikōura's coast forced traffic inland. 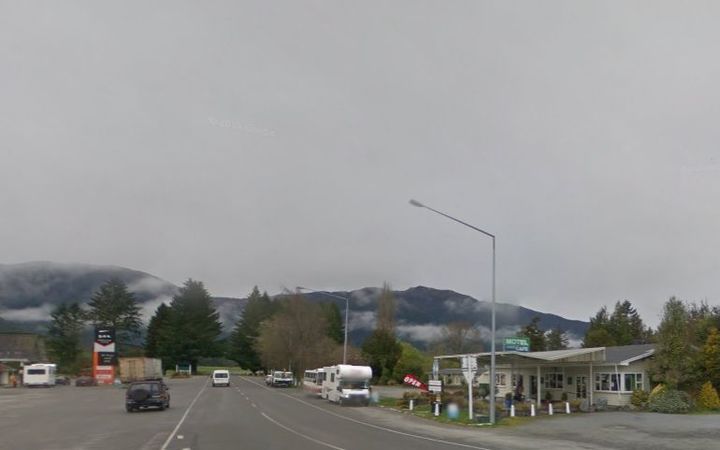 Business in Springs Junction has almost trebled since the traffic was diverted. Photo: Google Street View

St Arnaud, on State Highway 6, has a population of around 150. In summer, the alpine town bursts with holidaymakers but this year the extra traffic is drumming up business earlier.

Co-owner of the town's store and petrol station Elaine Richards said she sold about 1000 pies in the week following the quake - double the usual number.

The extra business was welcome after a quiet winter, though the period immediately after the quake was frantic.

"It was overwhelming, actually, more than anything because some of these trucks were huge.

"We'd never seen anything like that and because we own a petrol station where we are, a lot of the trucks ... having to come the long way had run out of petrol.

"The traffic was coming in very fast into the school area - but now they're slowing that all down and they've put cameras in there."

Murchison, 60km down the road is a town of fewer than 2000 people. The owner of the 19th century Hampden Hotel and Pub, Leigh Knowles, said she had been run off her feet.

"This is week two of post-earthquake and I think things are just starting to fall into place now.

"The first week was diabolical - running out of everything but getting a little bit more au fait with the whole thing now."

Ms Knowles said parking in the small streets was a problem.

An engineer was going to open up his yard and the council would look at options, she said.

"We haven't got to the silly season yet, so that is of huge concern."

Another 80km south is Springs Junction with just 50 residents. It serves as a crossroads to the rest of the island; turn right and you'll head towards Reefton, turn left and you end up in Christchurch.

Alpine Motor Inn and Cafe owner Jerry Hohneck said the earthquake was a double-edged sword - terrible for Kaikōura but excellent for Springs Junction.

Business almost trebled in the last two weeks and Mr Hohneck was going to start opening 24 hours a day.

"We're quite enthusiastic about the whole thing because its an opportunity but also there's a social responsibility to help these people.

"These truck drivers are adding extra hours to their trip, so we've got to support them," Mr Hohneck said.

The inland highways will stand in for State Highway 1 for some time and areas around Murchison will need to be upgraded to cope with the heavy traffic, it said.