The closed section of State Highway 1 between Kaikōura and Cheviot could be cleared for essential traffic within a fortnight, the contracting company working on the road says.

Crews have been busy clearing dozens of slips along the highway, some of them containing hundreds of thousands of cubic metres of material. 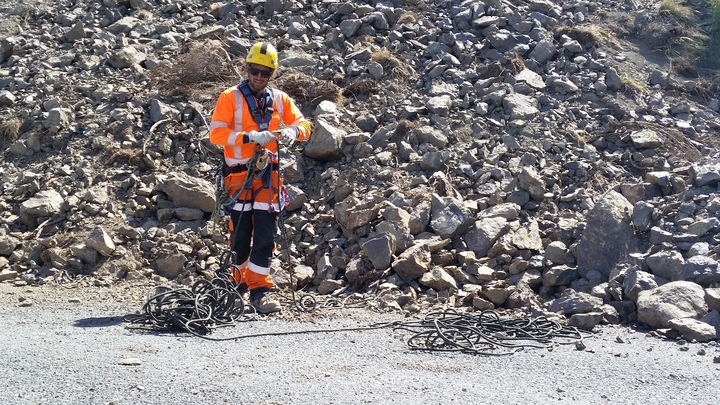 An abseil crew member reaches the bottom of a large landslide south of Kaikoura. Photo: RNZ

Helicopters carrying monsoon buckets have been sluicing loose material from the hillside with sea water, while abseiling or scaling crews were levering boulders and other large debris from landslides.

Downer, which holds the contract for the maintenance of the highway, is leading the clean-up.

South Island general manager Scott Ford said it was impossible to drive past the first few slips so crews were being helicoptered into slip sites each day.

Once the most unstable debris had been removed, heavy machinery would be brought in to cart away the majority of the material, Mr Ford said.

"They start at one at [the Kaikōura end] heading down to - can't remember how many there are exactly, in the twenties - of various sizes and natures."

With good conditions, the highway south should be cleared within a fortnight, Mr Ford said.

However, that paled into comparison to the largest slip north of the town, near Ohau, which could contain up to a million cubic metres.

"What state it'll be in will still be a question mark, but there will be access ... all the way through, as far as essential traffic goes." 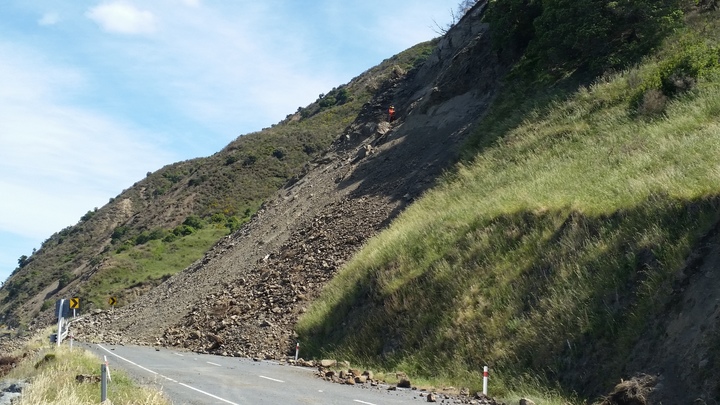 It would be longer before that section of the highway would be open to public traffic, he said, and aftershocks made the work more difficult.

"If you have a decent shake, certainly the protocol is to move everyone out and re-assess ... There's a lot of shakes but luckily the large ones aren't coming so often."

The work was also slowed by archaeological requirements, with each slip assigned a number from one to 10 depending on its historic importance to iwi.

The material from those with high rankings was searched through carefully for artefacts such as shell middens, Mr Ford said. 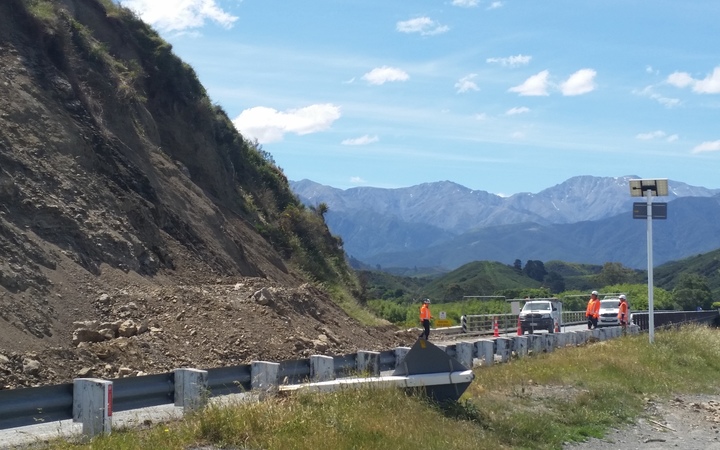 However, the pace of work to clear the inland road, former State Highway 70, for essential traffic had made Mr Ford optimistic about progress south of Kaikōura.

"I drove through [the inland road] on the Wednesday after the quake ... I likened it to a combination of Barry Crump and Scotty in their Hilux crossed between a mission to Antarctica with great big crevasses," he said.

"When we drove out on Friday night it was quite satisfying to see what we'd managed to turn the road into in a week and a half - it was in really good nick." 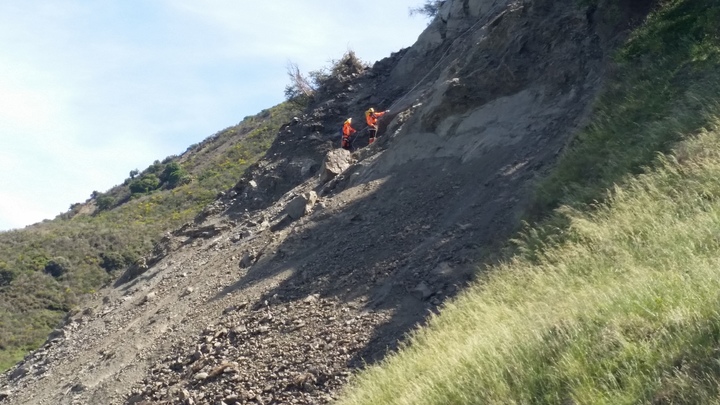 Abseil crew member Dean Arthur said the work was a cross between mountaineering and industrial abseiling.

"What's it like being up there? It's hot, we're drinking plenty of water up there; the views are stunning - we saw a seal before and are looking out for whales.

"We're just working carefully and thinking very hard about what we're doing - it doesn't feel really dangerous as long as we're thinking hard that there's nothing that could come down on us from above."