A family trapped between two massive slips north of Kaikōura has been flown to safety after eleven days of isolation. 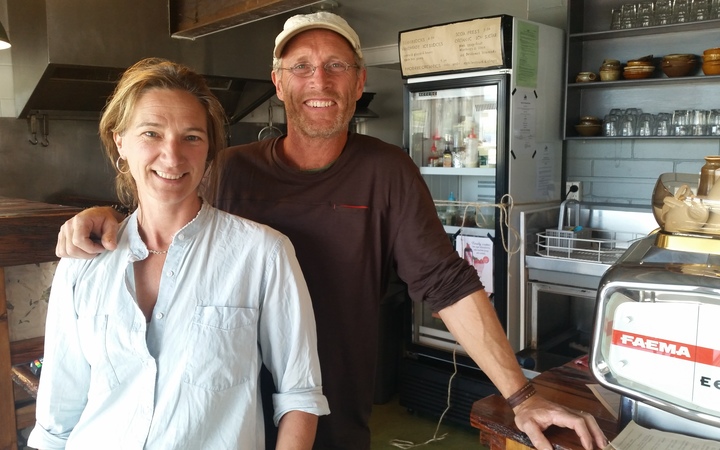 Chris and Annemarie Lidgard and their two adult children, Harriet and Jackson, have been trapped at their home just south of Ohau Point for 11 days. Photo: RNZ / Kate Newton

Chris and Annemarie Lidgard and their two adult children, Harriet and Jackson, evacuated their home just south of Ohau Point this afternoon and were flown to Kaikōura by helicopter.

It ended an eleven day period after the 14 November earthquake, in which they were the only people along an 11km stretch of State Highway 1 - the huge slip at the Ohau seal colony blocking their way north and another large slip barring the route south.

"We've had the odd earthquake in the past when the bed moves a little bit and you wait for it to pass ... This one didn't pass," Mr Lidgard said.

After getting clothes on and getting out of the house, they debated heading up the hill to get away from any potential tsunami, he said.

"But then we heard the rumbling of the rocks coming down and decided we were safer where we were."

It was two days before their first outside contact, when civil defence staff arrived by helicopter last Tuesday to make sure they were all right.

They spent the next few days exploring the new landscape, checking out the damage to State Highway 1 and itemising the damage to their off-the-grid home, which had taken them 20 years to finish building.

With their own power source, a working sewerage system and a nearby creek, the Lidgards were able to survive reasonably comfortably while they waited for help to arrive.

"It was quite surreal," Mrs Lidgard said.

"We've got internet up there - we were watching movies on Netflix in the middle of a disaster."

The family even managed to celebrate Mr Lidgard's 50th birthday on Sunday, with friends and extended family who had planned to fly in for a fancy-dress party in Kaikōura instead posting photos of themselves in their costumes to a shared Facebook group.

The Lidgards also shared photos - of themselves in costume, standing next to the Ohau Point slip, clutching spades. 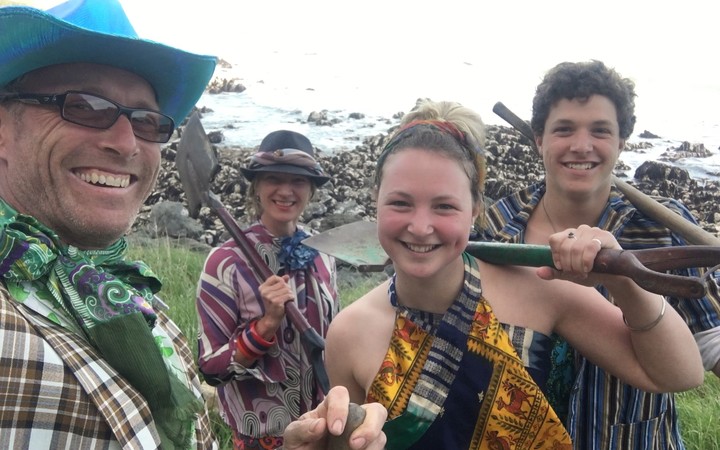 The call to say an evacuation helicopter was on its way came with just two hours' notice this morning.

They were told by assessors it would be three to six months before State Highway 1 opened and they could return, Mrs Lidgard said.

"As we grabbed our last bags and I walked down to where the chopper had landed, I had tears in my eyes.

"You just don't know when you'll be back."

Their worst fear was that the land itself was damaged, she said.

"We don't know if they'll say the land's too unstable and they'll say we can never live there again."

The family were now assessing the damage to their two Kaikōura businesses - Mr Lidgard's dental practice and a cafe that they had opened just weeks before the earthquake.

They were hopeful of getting at least the dental practice - which also had space for the family to live in the meantime - up and running soon, Mr Lidgard said.

"Compared to what we'd seen at home, town seems remarkably normal," he said.

"And the nice thing is that just as we got to town, we heard that the sewerage had been reinstated - so we might get a shower tonight."