People evacuated from their homes in central Wellington after a parking building was found to be in danger of collapsing are feeling shell-shocked and stranded. 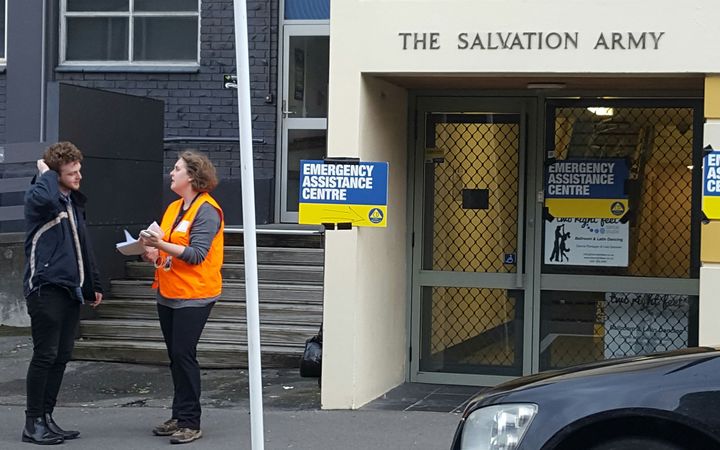 Tory Street, between Courtenay Place and Wakefield St, has been cordoned off, and it is likely the parking building will have to be demolished.

The carpark building next to a Courtenay Place cinema complex was deemed unsafe yesterday afternoon by engineers.

The buildings that have been evacuated include the nearby apartments, Readings Cinema, the Lanes Bowling alley and eateries such as Mama Brown and Joes Garage.

Officials said people could be out of their homes for at least 48 hours, and possibly longer.

She was told to quickly pack a bag and leave, she said.

"Luckily my niece was coming in through the door, they didn't know anyone was living there."

An evacuation centre had been set up at the Salvation Army on nearby Jessie Street.

Toby Jones, who lived next door to the parking building, went there after he was unable to enter his apartment.

"I have nothing. Absolutely nothing. I just came from work, so I have my work clothes on, and a phone with half battery. That's it."

He only arrived from England a few months ago and said the 7.8 earthquake on Monday morning was a horrible experience.

"I was in the shower at the time actually, and I kind of stumbled out of the shower and fell to the ground, put some clothes on, didn't dry myself at all, and ran into the living room under the table.

"It was the first earthquake I've ever experienced so I didn't know what to do," Mr Jones said.

Another person RNZ spoke to managed to get in to her apartment. She was in tears arriving at the evacuation centre and said the last few days had been very difficult.

She already had a packed go-bag by her bedside after Monday's quake, she said.