A leading earthquake engineer is calling for a quake star rating system to be trialled on buildings. 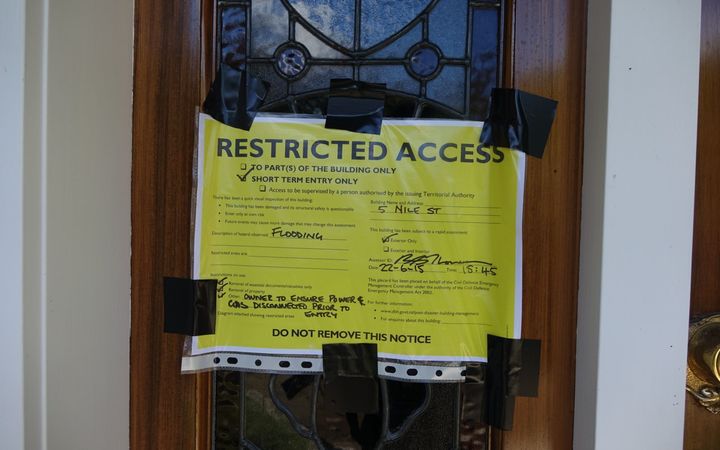 An earthquake prone home in Whanganui with a yellow-sticker on it. Photo: RNZ / Robin Martin

David Hopkins, who served as the technical member on the Canterbury Earthquake Recovery Commission and also managed a major investigation into building failures, wants a star system that would rate seismic safety, damage and repair time.

He said he was in the early stages of developing the system with the support of the Earthquake Commission.

The system would promote higher standards in design and could eventually be used by people buying and renting buildings, Mr Hopkins said.

"The dream is, I suppose, that a rating system would help people value earthquake engineering, they'd put a value on it.

"That has two potential strong benefits, one is promoting higher standards in retrofit and in new design."

Mr Hopkins said the star system would be a step up from the new building standard, which has different grades for different types of buildings. For example, an office building has a different grade to a school.

He said under the quake star system the different buildings would be given a number of stars for safety.

The system would have to be driven by the community, not regulated by the government, he said.

"There has to be a drive from the community to see the value of good earthquake engineering and to want to have something that they can measure and use in their property transactions.

"It's certainly my motivation to push this ratings system to improve people's awareness and understanding that earthquake engineering is important in a building, and you should always ask a question.

"The ratings system is really a headline. It's like if you sent someone down to a part of the country and said, 'I want you to buy me some buildings. I'm okay with two-star buildings but don't pay any more than you have to'."

Meanwhile, the president of the Society of Structural Engineers, Paul Campbell, has raised doubts about putting certain types of buildings on "soft" land, like Wellington's Centreport development on the waterfront.

He said some of the risks of building on reclaimed land were still not known.

"There are some sites that are really not suitable for certain types of structures. For example, I would seriously question putting a hospital or essential service on reclaimed land, or land prone to liquefaction, or something that you couldn't pile through," he said.

"You design to mitigate the risks that you know about."