Some quake-stricken settlements along the closed section of State Highway 1 are beginning their third day without water, power or a route out.

Ward, with a population of fewer than 1000, and Kēkerengū, which is home to just a few dozen people, were among some of the communities worst-affected by Monday's 7.5-magnitude earthquake - suffering not just substantial physical damage, but also finding themselves cut off from the rest of the South Island after the Transport Agency was forced to close a huge swathe of the highway either side of Kaikoura. 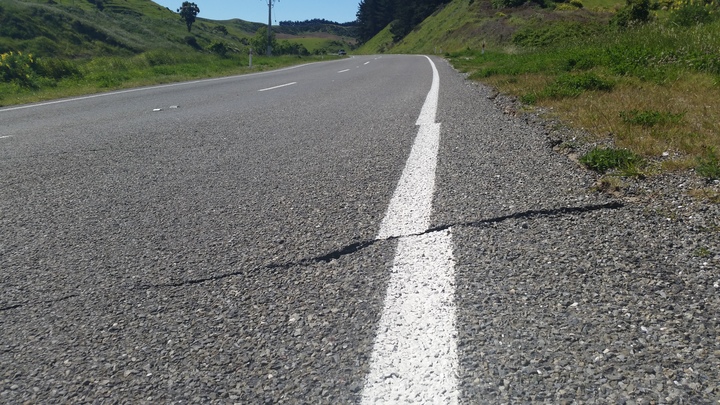 Neither water nor power had been restored in Ward by late yesterday, while cellphone and landline connections were also patchy.

Civil defence officials said a first, cursory visit to some of the small valleys in southern Marlborough and northern Canterbury revealed they had also been badly hit.

Officials and locals alike expressed surprise at the random nature of the 7.5-magnitude quake, which flattened some houses while leaving others only a few kilometres away untouched.

"There are properties up at the end of Waipapa Road [near Clarence River] that are very badly hit. But then you go across the bridge and some of them are fine," Ward district controller John Herdman said.

In Ward, long-time resident Di Litchfield said the earthquake was worse than any previous sequences in 2010, 2011 and 2013.

"My husband likened it to a car crash. Often we have ones and they're quite rolly, and you're like, 'That was quite a nice earthquake' - but these aren't. Very evil, would be a good description."

Her young sons Harry and James, exhausted and jumpy from the constant aftershocks, had their own descriptions.

"Kind of like it was ripping our house down, like a crane was kind of smashing it in half, making everything fly," James said. 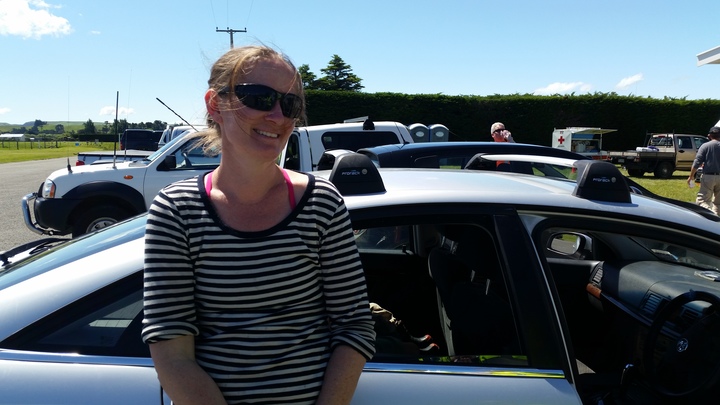 The Litchfields were among families who had gathered at the local community hall, where a makeshift welfare centre had been set up.

Yesterday, there were still 22 people - 11 adults and 11 children - staying there, while many more dropped by to check up on neighbours and talk to Red Cross volunteers.

Koko Lambert and her husband Sam stayed there on Monday night, after sending their three young children to stay with friends in Picton for a night.

The earthquake had trashed the farm workers' house, she said.

"It was just violently shaking and everything was coming down around us - pantries, glass - you could just hear everything falling."

The shaking was so violent that she was thrown into a wall at one point as she desperately tried to reach her children in their bedroom.

With the children back in Ward, it was now a case of taking it one night at a time, Mrs Lambert said.

"We can't just keep on living like another one's going to come, but the kids can't sleep if they're not safe.

"We're going to try ... and move a mattress into the back of the van cos the kids are too scared to go in the house, and hopefully that will make do for the night and we'll see how they're feeling tomorrow."

The Lamberts' house appeared to be structurally sound, but Mrs Lambert said other locals' houses had moved off their foundations or had collapsed brickwork. 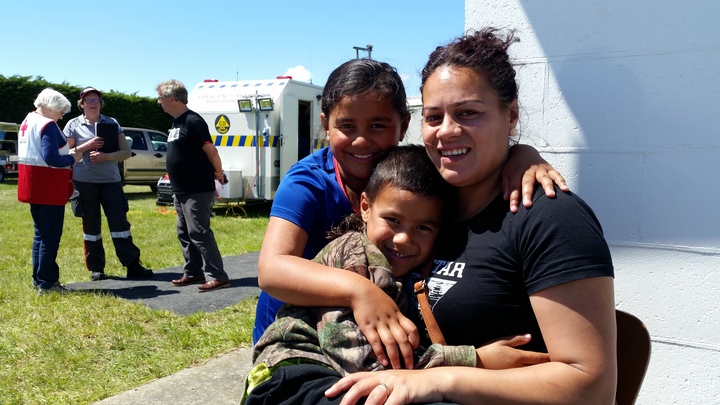 John Herdman said one of the most pressing issues for Ward was restoring its water supply.

The settlement relied on a private local supply, but the tanks had cracked.

"There's also quite a worry further down the coast where farmers have got integrated water schemes for their stock and homes." 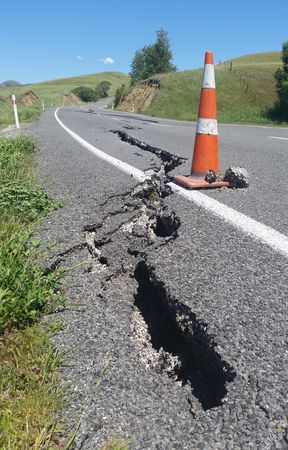 A civil defence crew allowed RNZ to travel with them for about 45km along a closed section of State Highway 1, between Seddon and Kēkerengū, north of the Clarence River.

Some emergency repairs, carried out by volunteers in the middle of the night just a few hours after the quake struck, had fixed the worst twists and slumps in the highway, allowing civil defence, lines crews and other lifeline vehicles to travel between settlements.

There were other striking new features of the landscape - down at Ward beach, some local fishermen were studying the coastal rock shelf, which they estimated had been raised nearly two metres by the force of the quake.

Above the new high tide line was a band of newly-exposed rock, covered in rapidly drying seaweed. 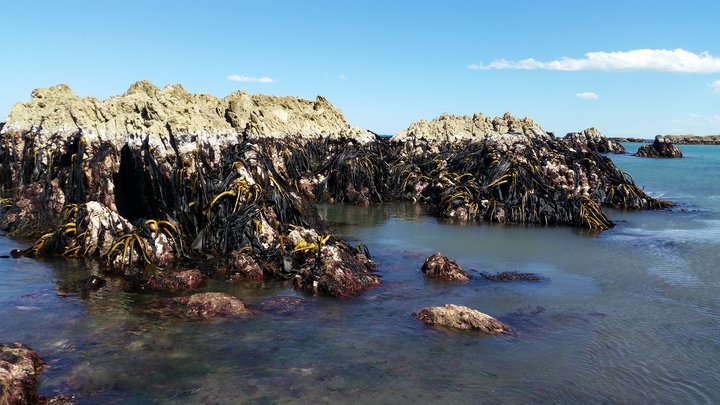 On Ward beach, the coastal rock shelf was raised lifted by the force of the quake. Photo: RNZ / Kate Newton

Back in Ward, Koko Lambert said her husband was among a group of people who had gone down to the beach to collect disoriented crayfish that they had heard were still wandering on the rocks.

"And also to put back what they can into the sea, because they've been exposed since yesterday.

"People were trying to get together to go to Cape Campbell to do the same - just put the paua and what sea life there is that's been exposed ... back into the sea."

At the store in Kēkerengū, owner Sank MacFarlane said there seemed to be minimal damage to his building.

Others in the community had suffered much worse damage, with one house nearly destroyed, he said.

Locals with damaged houses had headed to a neighbour's house up the hill behind Kēkerengū.

"Everyone's come out the other side ... the community spirit's been amazing - everyone's rallied around."

With the power still out, he had organised a barbecue at the store for everyone yesterday evening.

After being at the epicentre of major earthquakes in 2013, Seddon, just south of Blenheim, was in clean-up mode again yesterday.

The Marlborough town, which is home to about 1500 people, had power by yesterday morning but the main shopping complex, which takes up an entire block of the town, was cordoned off.

The supermarket in the complex was among shops to suffer significant damage inside, including collapsed ceiling panels.

Workers were busy clearing out destroyed and damaged goods. 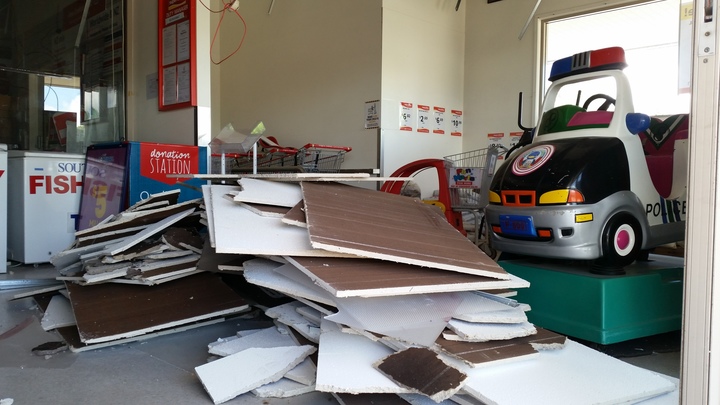 Seddon locals Richard Ronaki and Maki Kumasaka grabbed their young children - Lyuta, 5, and Morena, 18 months - clambered over their possessions that had been strewn across the floor by the earthquake's force, and fled their house, sleeping in their car for the rest of the night.

"[It was] the worst experience ever. The house just went crazy - the walls, the doors, everything was just flying all over the place," Mr Ronaki said.

The earthquakes were exhausting but the family had no plans to move, he said. 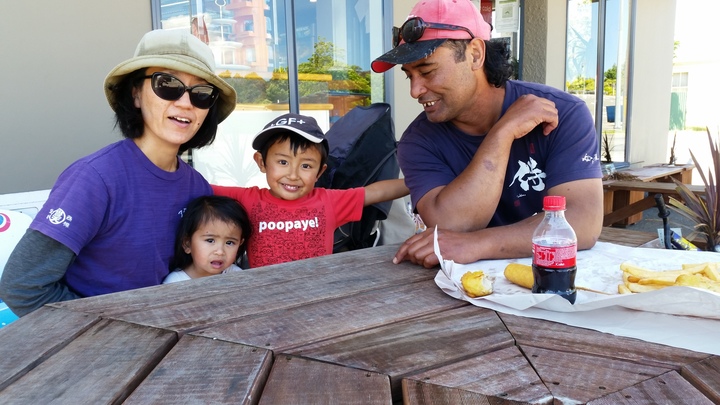 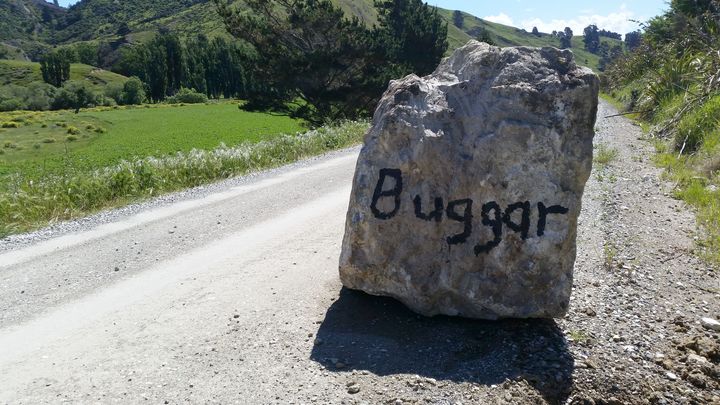 Someone made their feelings known at a rockfall on a Marlborough road. Photo: RNZ / Kate Newton