Junior doctors have withdrawn their strike notice after yesterday's earthquake. 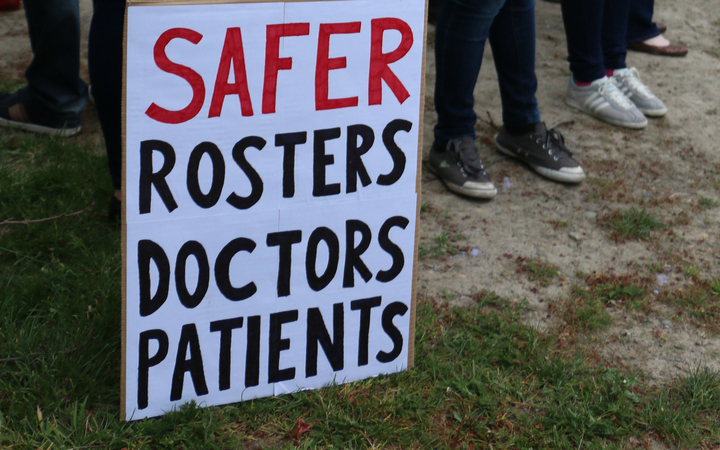 The New Zealand Resident Doctors Association had been scheduled to begin its second 48-hour strike on 23 November after mediation talks with district health boards broke down.

However, the union said in light of the recent severe earthquake and associated difficulties, it had withdrawn its strike notice.

"This is a really, really difficult time for our communities being affected in the North and South Islands.

"We didn't think that we should go ahead with the strike and add to what is an already stressful situation, so we've withdrawn the notices."

Up to 2500 junior doctors walked off the job at all public hospitals last month in the dispute over the rosters, which they said were unsafe.

Dr Powell said both sides would spend the days in talks instead.

An Employment Court hearing over the strike notices would still occur, but at a later date.

The DHBs had applied for an urgent injunction over the second strike, because it included newly-graduated doctors.

They said they were seriously concerned about medical students due to start their formal paid training at DHBs the week after the strike.