Evacuations from Kaikoura, flooding and rolling aftershocks marked a day after a 7.5 magnitude earthquake at Hanmer Springs killed two people and caused widespread damage. Here is a recap of Tuesday: 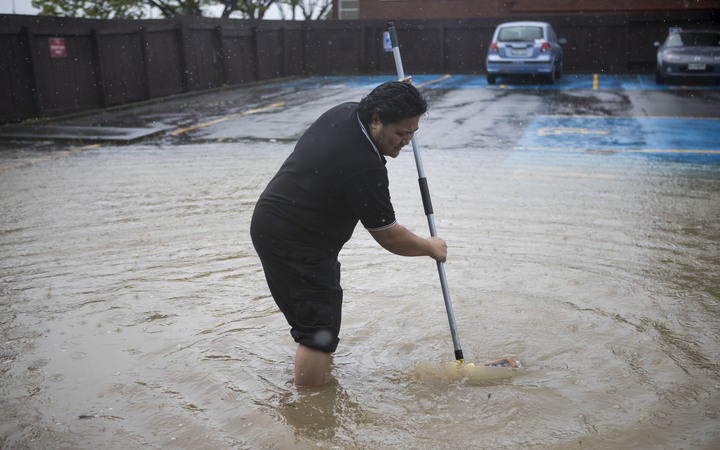 Water is swept out of the Petone Working Man's Club on 15 November 2016 Photo: RNZ / Aaron Smale

As the country deals with rolling aftershocks, stormy weather hit Wellington, dumping an average month's worth of rain in a single day. The storms flooded roads, cut off access to the capital, and hampered cleanup efforts in the CBD.

Hutt Valley residents living on Riverside Drive between Tilbury and Rumgay were evacuated as the Waiwhetu Stream rose. They have since been allowed to return home.

Hundreds of homes were left without power, including 466 households in Pukerua Bay after a slip caused trees to fall on power lines.

Read full coverage of the wild weather hitting the capital, plus photo and video footage of the flooding here.

The capital was cut off from the rest of the country for part of the afternoon, as flooding and slips closed state highways, and all train services were suspended due to aftershocks.

Thousands of commuters were affected, with cars backed up on major highways.

Police urged motorists to stay off the roads unless they had to. Road policing manager Mike Wright told motorists: "If you're at work, stay at work, if you're home, stay home."

Commuters travelling north were advised to stay in the city until at least 8pm.

State highway routes in and out of the city have since re-opened. Here's our report on commuter chaos and which roads were closed. 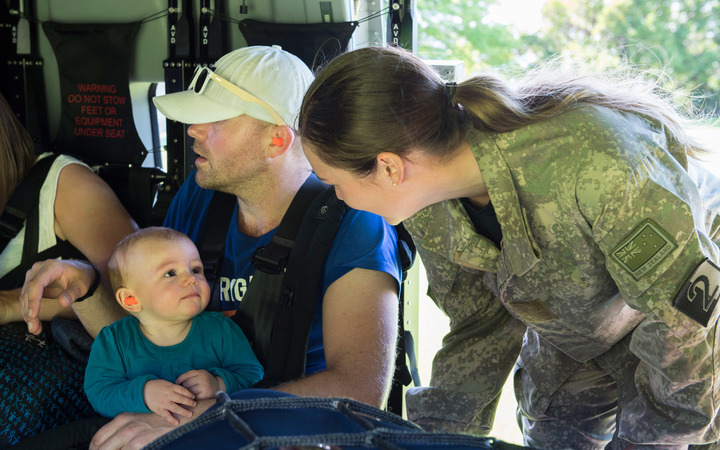 Up to 400 people were airlifted out of quake-hit Kaikoura on Tuesday, but frustration is growing among the hundreds still left behind.

A triage system was set up for the hundreds of people wanting to get out of quake-hit Kaikoura.

Elderly, children, pregnant women and other vulnerable people were being prioritised on the flights out of the town.

An estimated 600-700 tourists are wanting to leave the town, which has a resident population of more than 2000 people according to the last census.

The United States and Malaysia offered logistical support to help get people out of the town.

Full coverage of the efforts to tourists from Kaikoura is here. 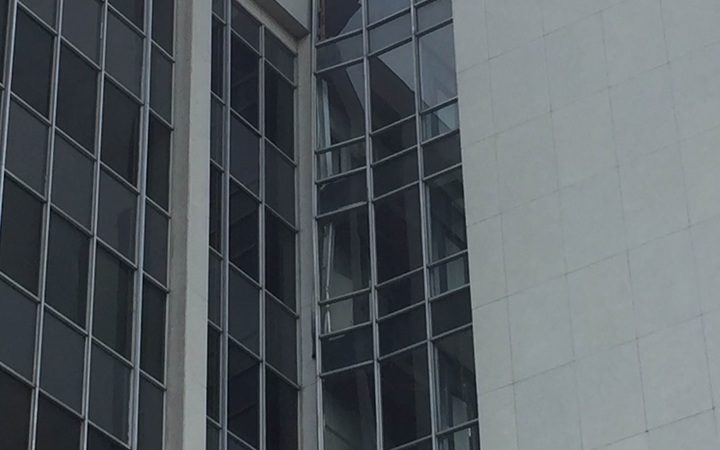 Engineers have been inspecting nearly 50 earthquake-damaged buildings in the capital city, with some likely to be closed for weeks.

Many of those damaged are on reclaimed land on Wellington's waterfront, including the BNZ and nearby Statistics New Zealand building.

The 500 staff who work in the Statistics NZ building have been told they cannot return for several months after one corner was damaged in the earthquake, affecting two floors.

Statistics chief executive Liz McPherson posted a message on Facebook telling staff she would ask engineers how such a new building could suffer this sort of damage.

Emergency services closed central Wellington's Molesworth Street when it appeared part of the 10-storey building was about to collapse.

A floor in the Statistics New Zealand building base is understood to have pancaked onto the one below, and the building has been closed indefinitely.

Three homes near the building at 61 Molesworth St were evacuated, as were other nearby buildings, including NZ Rugby, St Paul's Cathedral and the Thai Embassy.

The Fire Service said the street was unlikely to open tomorrow.

Flooding across the country caused at least 32 school closures, disrupting some students' NCEA exams for a second day.

"Some of them were gridlocked in traffic and missed the timeframe for being able to enter the exam, but most of them were here. But we've also hosted 17 students from other colleges who have been unable to make it to their own exam centres across other parts of the city."

Marlborough Boys College had nearly 200 not turn up, because parents knew they might not be able to get home.

Mana College was closed for teaching but open for students sitting NCEA exams. But some students on the Mana College Facebook page reported they were unable to reach exams because of flooding.

The Ministry of Education provided a list of 32 schools in the Wellington, Taranaki and Nelson regions that had closed due to flooding. A ministry spokesperson added: "This may not be a full list as schools don't necessarily update us and their plans sometimes change."

Students who missed their exams or who felt their performance was impaired by the disruption of the earthquakes or floods can apply for a derived grade, based on their performance in other assessments during the year.

Ministry of Ed under fire

The Ministry of Education faced criticism from some students and parents for not postponing yesterday's exams. Minister Hekia Parata responded that delays weren't practical, because the exam material was already out.

See our full coverage of disruption to exams by the earthquakes here, and the ministry's response here. 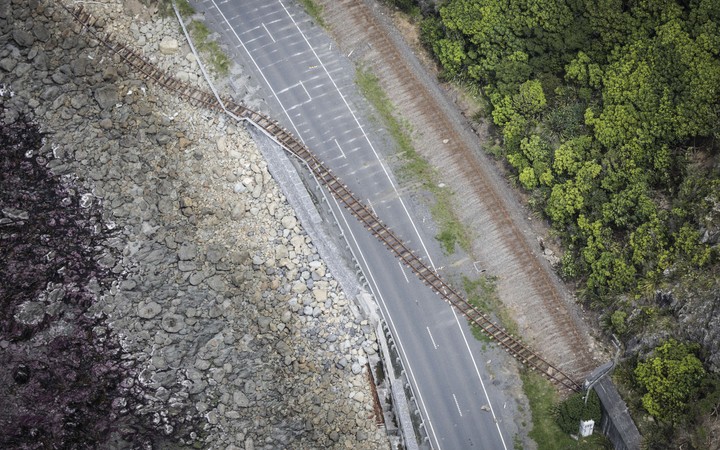 After seeing the damage first-hand in a flyover of the area, Prime Minister John Key questioned whether the damaged sections of State Highway 1 should be rebuilt along the current route.

As well as the damage to the road itself, there is significant damage to 14km of rail line and 7 bridges.

He said the sections of state highway were "built a long time ago, when both the knowledge we had and the capacity we had were different".

"I'm not saying there will be dramatic re-alignment but it wouldn't be the first time they've gone away just to ask themselves the question, when they're having to rebuild a very large section of road and rail, is it absolutely positioned in the right place."

Will it cost billions?

Prime Minister John Key took an early stab at the damage bill, saying it was likely to be at least "a couple of billion dollars."

In comparison, the Christchurch earthquake bill was more than $40b.

Finance Minister Bill English agreed it could cost billions. He said the biggest economic impact would be from the damaged travel links.

"We know repairing roads and other utilities are costly and long-term solutions, which is likely to have an impact on govt expenditure, and will have some impact on tax revenue.