More than 400 people have been airlifted out of quake-hit Kaikoura but there is mounting frustration among the hundreds still waiting.

The small town, on the east coast of the South Island, was cut off by road by yesterday's 7.5 magnitude earthquake near Hanmer Springs.

Military helicopters, private choppers and charter planes have been used in the evacuation. The American warship arriving in New Zealand for an historic visit will head straight to Kaikoura.

The USS Sampson was going to be in Auckland tomorrow but an Embassy spokesperson says a decision was made to head to the South Island instead.

The US earlier this week offered the ship's two helicopters to help evacuate hundreds of tourists from the town. Kaikoura has had all road access cut off by massive landslips.

The New Zealand Defence Force (NZDF) expects to have airlifted almost 200 people from Kaikoura to Christchurch by last light today.

The elderly, young and pregnant women were prioritised for the free military flights out.

Among those rescued so far were 11 campers, including two babies, from Kaikoura's Goose Bay Campground.

The NZDF, the Ministry of Civil Defence and the Red Cross have about 5000kg of aid supplies in Christchurch ready to be delivered to the town.

Defence Minister Gerry Brownlee said the inland route to Kaikoura, from the south, would hopefully be cleared and reopened by the weekend.

Search and rescue teams were on the ground in Waiau and Kaikoura, and a further 10 police officers had arrived in Kaikoura.

The very latest on the @NZRedCross response to the earthquakes - teams doing incredible job despite the odds https://t.co/9jlTsspJIX #eqnz pic.twitter.com/ChbBj9AJXO

'They weren't prepared for anything this big'

Some people complained of a muddled process, with some having to sign up twice to board one of the four military helicopters.

It was earlier estimated there were 600 to 700 tourists wanting to leave the town, which had a resident population of more than 2000 people according to the last census.

Hayley Menzies, of Melbourne, who waited with her husband, Stewart, and five-month-old, Fletcher, said the process would have been confusing for some people, especially foreign tourists who did not speak much English.

"We found out late last night that we were able to register to be evacuated from here, so we came down and did that. They told us to be here at 8am with all our luggage.

"We've been waiting and waiting ... I think it's been quite ordinary, myself - I don't know why someone didn't sit with a laptop and electronically register everybody last night so then they had everyone's details and they could just sort it and prioritise from there.

"Now we've had to list our names all again, and everyone signing up again."

Leanne Foulds, from Auckland, said she just wanted to leave.

"I think there was a little bit of higgledy-piggledy actually for a while. I don't know if they've got their planning quite right," she said.

"But, in saying that, I understand they weren't prepared for anything this big."

"Disorganisation comes with any event on this scale, but certainly the New Zealand Defence Force is operating in assistance with the civil authority here.

"We're not attempting to run or take over the operation. We're very much here to assist the police and the civil defence authorities."

The evacuees were being taken to Christchurch, where local authorities were helping make arrangements for tourists.

Civil Defence commander Sarah Stuart-Black said this afternoon that regional states of emergencies remained in place in Kaikoura and Hurunui.

The agency was ensuring people affected by the earthquakes were safe and being cared for, she said.

Hundreds of NZDF personnel, at least eight aircraft and two ships were assisting the government's response. 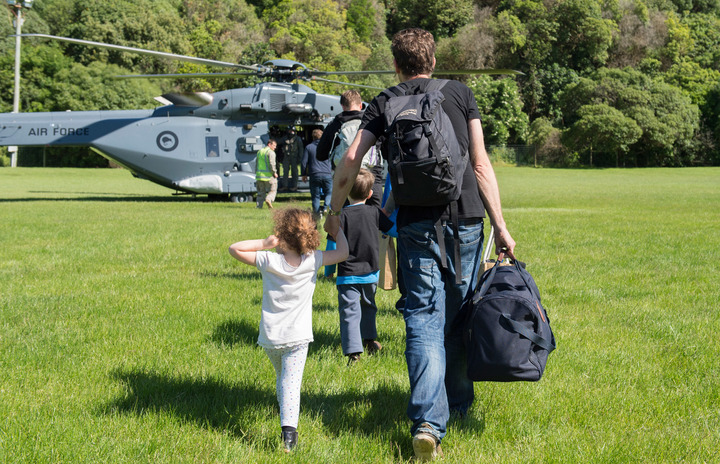 Four NZDF NH90 helicopters have been helping evacuate tourists from Kaikoura, on the northern east coast of the South Island. Photo: NZDF

Joint Forces Commodore Darryn Webb said the priority was evacuating the tourists and residents who had been displaced and who were being accommodated at a local marae and various community buildings.

The Chinese consulate had also been chartering helicopters to help evacuate its citizens.

Ms Stuart-Black said getting logistical support into the area was the biggest challenge. 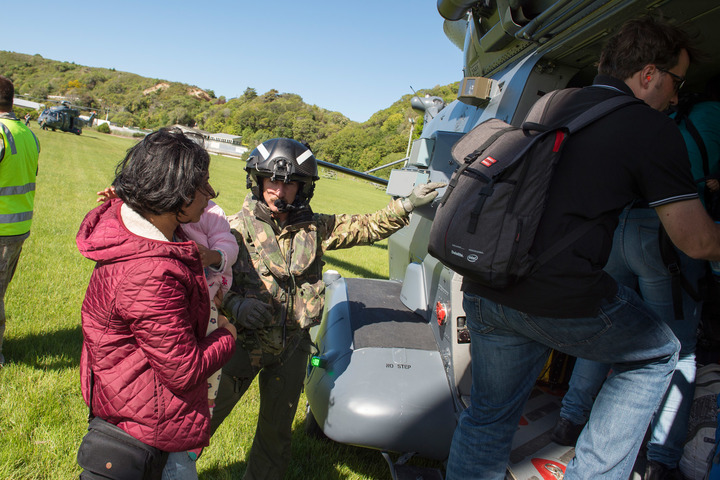 Families with young, old or vulnerable people are taking priority in evacuations from Kaikoura. Photo: NZDF

"With no road access right now that's our most challenging issue we're facing.

"Certainly we're getting great support from the Defence Force in providing aerial support, and the fact that the Canterbury is on its way to help with those logistical challenges."

Minister of Health Jonathan Coleman said earlier that 12 patients had been airlifted from Kaikoura to Christchurch since yesterday's earthquakes.

They were being treated for injuries including lacerations, a broken hip and a head injury. There was also a pregnant woman who needed additional care. 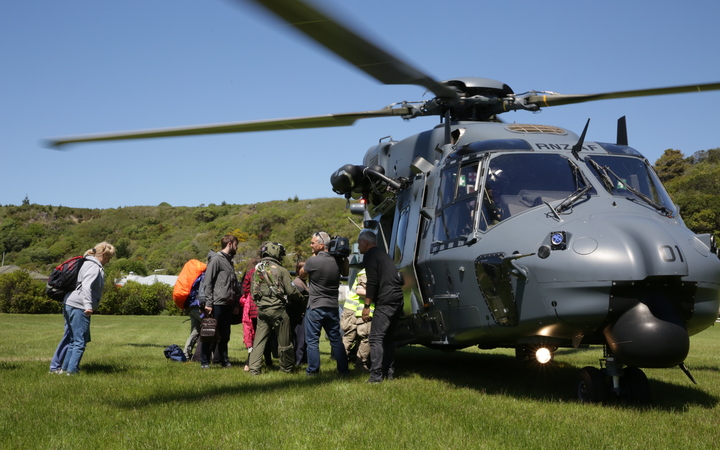 'Days' to clear roads to Kaikoura

Transport Minister Simon Bridges said it would be a matter of days before road access to Kaikoura was restored.

There were several bridges that needed work and it would be days, not months, for that to be done, he said.

State Highway 1 was closed between Seddon and Cheviot, but remained open on the rest of the route between Picton and Christchurch.

The NZTA said there was an alternative route between Picton and Christchurch over Lewis Pass, which would take about 7.5 hours.

It said even on that route some sections were reduced to one lane.

State Highway 7 had been reopened to motorists and freight, and 7A was open between 7am and 7pm.

In other parts of the country, extensive flooding has brought parts of both major motorways out of Wellington to a standstill.

In Marlborough, State Highway 6 was closed from Rai Valley to Renwick by surface flooding.

Mobile and landline phones could be out for months

Vodafone, Spark and Chorus were working together to restore phone services but restoration work could take weeks or even months.

They said the fibre optic cable, which runs along State Highway 1 through Clarence and Kaikoura to Christchurch and supports fixed-line and mobile networks, had broken in six places.

They were investigating the possibility of using an undersea cable along the coast to temporarily connect the township. 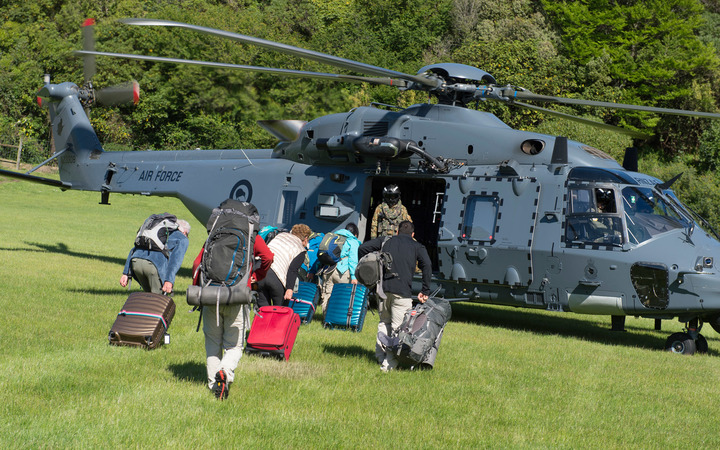 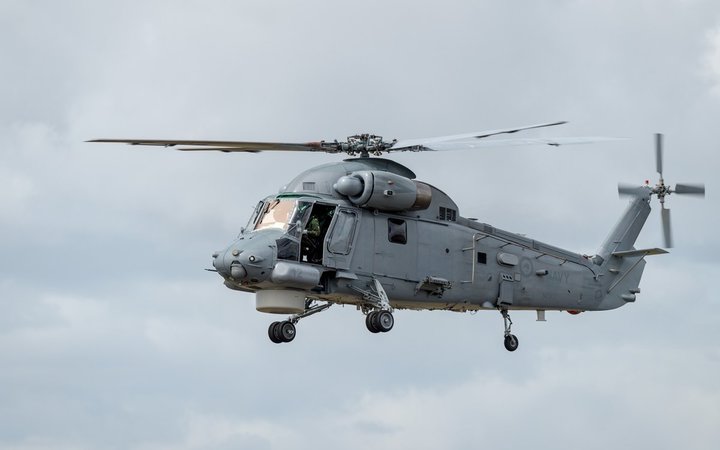 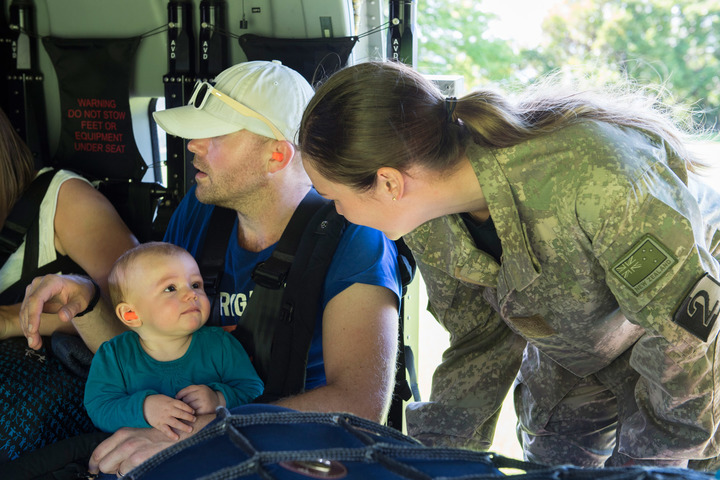