Andrew Bowmar sums it up pretty simply: "It's just what you do when you need to help." 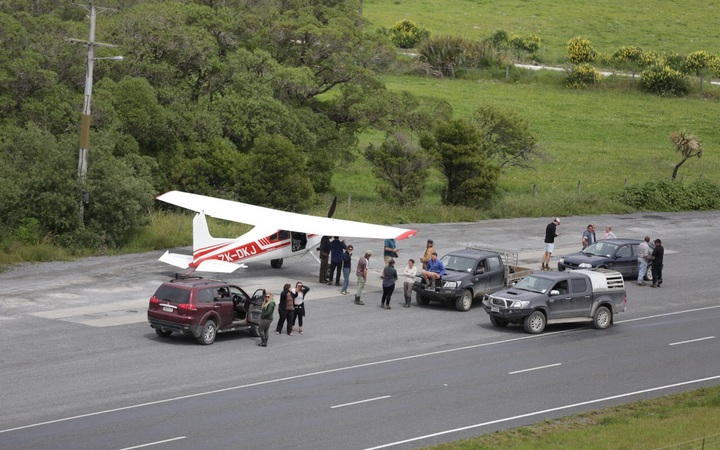 A Southland man flew to the area to check on friends and family, landing on SH1. Photo: RNZ / Rebekah Parsons-King

When the magnitude 7.5 quake struck yesterday he was at home near Gore with partner Lucy Millton. The problem was Lucy's mum and family were on their farm in Waipapa, on the southern bank of the Clarence River outside Kaikoura.

Mr Bowmar, a farmer, said he needed no convincing - the choice was easy. He and Ms Millton got his Cessna 185 out and were in the air by 8am on their way to find out what was happening.

A quick re-fuelling stop in Rangiora and their destination was in sight after a couple of hours.

There was only one issue - because they could not contact anyone on the farm, they weren't sure the grass airstrip was safe to use. So, he had to get someone's attention on the ground.

Down below, Clarence River Rafting co-owner Ben Judge noticed the plane repeatedly buzzing his base.

"Andrew and I didn't talk at all but I could see him circling and knew what he was up to."

Mr Judge got a couple of his staff to stand at either end of a section of the highway and Mr Bowmar brought the plane down.

He was modest about his flying skills. "There was a tonne of room because there is a parking area just there where people get off." 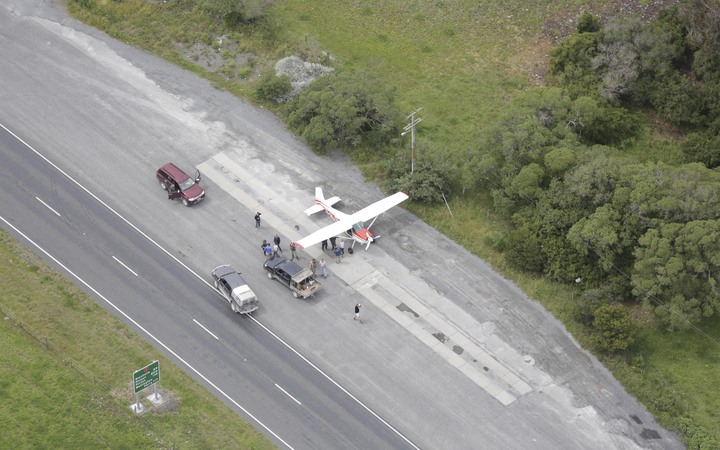 Mr Judge was happy to see Mr Bowmar, as he needed to check on the safety of people on the Clarence River, which had damned up.

"I begged him to fly me up. I had to make an assessment of the dam. I knew the rafters weren't in any trouble but I was concerned for other private groups up there.

"It worked out really well for me ... it was marvellous fun."

Mr Bowmar said he was able to help track down people on the river and radio their positions. Then it was a beeline for the family farm where they were able to land safely.

"Yeah, they were ecstatic and overjoyed to see us," Mr Bowmar chuckled.

The family were all well but the farm was heavily damaged.

"It's taken a hiding. A lot of the fencing is gone, the water pipes and mains destroyed and the tanks were knocked over."

The farm was also home to the three cows left stranded about 5m up on a piece of ground after the land around them fell away.

Mr Bowmar joked they were looking for good ideas to get them down.

Today they flew to Blenheim to get supplies for the farm and were likely to stay to get the water back up and running, he said.

"We're going to be here a while to help them ... it's just what you do when you need to help."