A kiwi chick has hatched from a badly damaged egg with the help of masking tape and a number eight wire mentality. 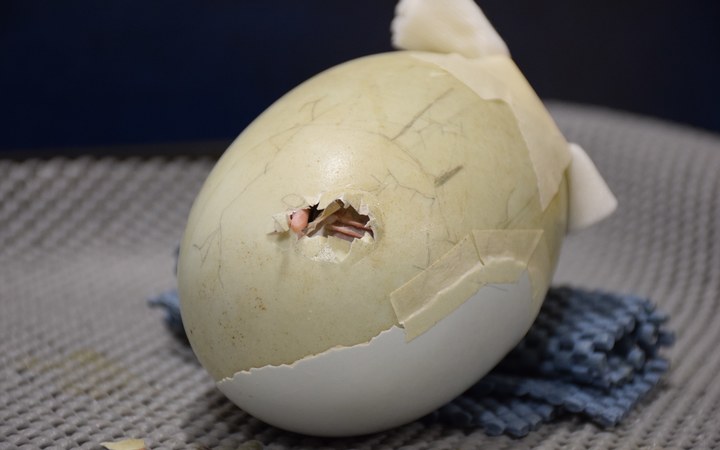 The chick hatched from its repaired egg after 11 days of careful monitoring. Photo: Supplied / Kiwi Encounter at Rainbow Springs

A Department of Conservation worker found the egg with a large hole in its shell two weeks ago in Paraninihi, in north Taranaki, and took it to Rainbow Springs in Rotorua.

Rainbow Springs kiwi husbandry manager Clare Travers said the shell had broken all the way through to the egg's internal membrane.

"The membrane had collapsed on top of the chick, which is very dangerous."

Ms Travers used the shell of another egg to cover the hole, using masking tape to hold it in place.

The shell was a "vital structure" because without it, the egg risked losing too much moisture, she said.

"To be honest I didn't think the chick had any chance of surviving because the hole in the shell was so big."

But after 11 days of monitoring, the chick hatched. It has been named Fissure. 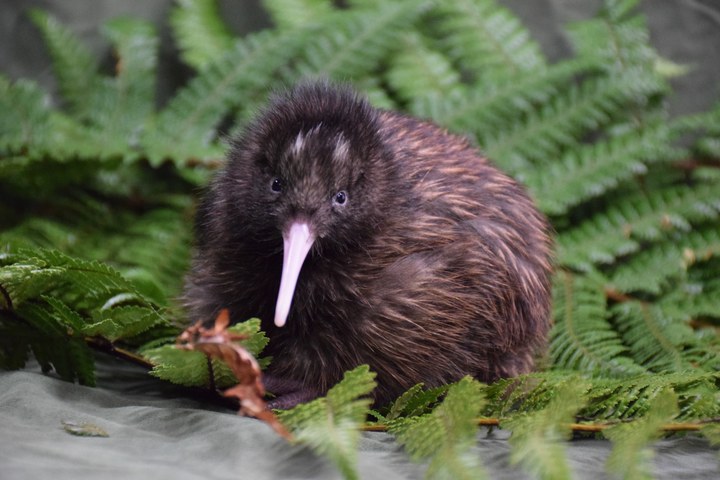 The chick has been named Fissure Photo: Supplied / Kiwi Encounter at Rainbow Springs

"I was absolutely over the moon," Ms Travers said.

"It really gave me a thrill that against all odds we had saved one of our iconic Kiwi chicks."

The hatching process itself was amazing, she said.

"The part of the shell that was taped onto the egg [was] actually mimicking the original shell and cracking in unison as if it was part of the existing egg."

41 chicks have already hatched at Rainbow Springs, with a further 20 still being incubated.