A kiwi chick, named Rock Star, has been delivered to its new home in a chilly bin after hatching in a car in Taranaki. 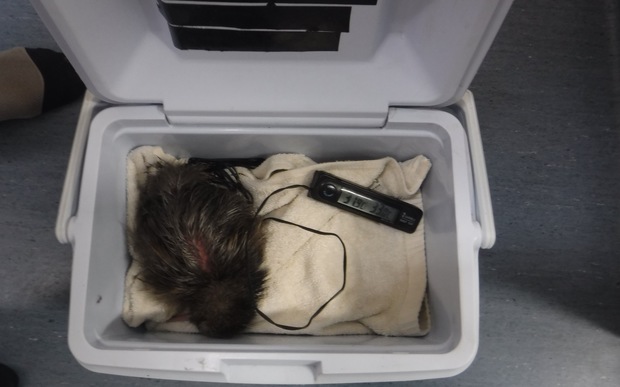 The egg, with the chick's beak poking out, was found deserted in a nest in Uruti by Kevin Stokes from the Taranaki Kiwi Trust.

In a statement, he said he went looking for the nest after the signal from a male kiwi's transmitter suggested it might have abandoned the nest after being disturbed.

"As I lifted the egg from the burrow, I could see the chick had already begun to hatch, and part of the chick's beak was poking through a 3cm hole in the shell."

Mr Stokes put the egg into a chilly bin with a hot water bottle and drove it to Kiwi Encounter in Rotorua, three-and-a-half hours away.

"I'd only reached Awakino, less than an hour into the trip, when I heard the egg crack. And the cracking kept going. I just kept an eye on the chick, gave him a bit more room in the chilly bin to get out of the egg, and by the time I reached Kiwi Encounter the chick was completely hatched, looking well, very alert and nicely fluffed-up."

In an unusual coincidence, Mr Stokes said he was also born in a car - on the way to hospital in Waitara.

The chick will be raised by Kiwi Encounter to a 'stoat-proof' weight of 1kg then released back into the wild. 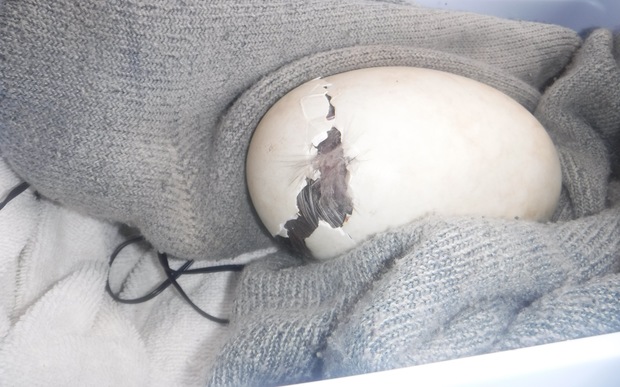 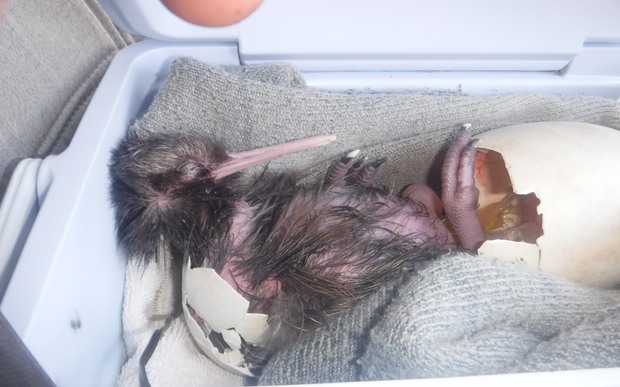