Unite Union is taking Burger King and McDonald's to court, saying they are cheating their staff of their rights to guaranteed hours and shifts. 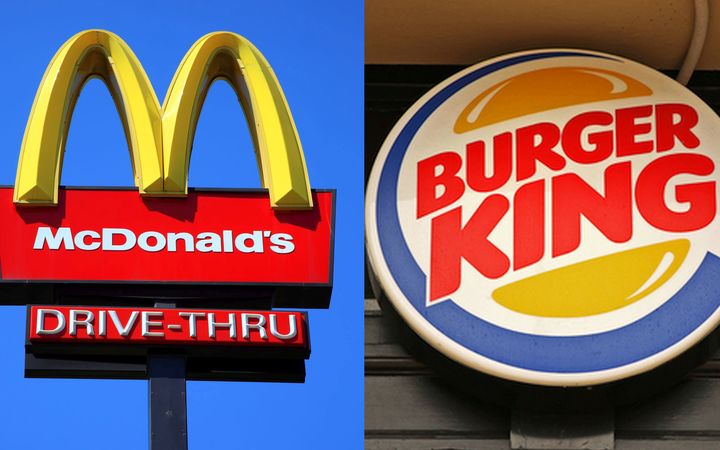 The Unite Union are taking McDonald's and Burger King to court. Photo: 123RF

The union is accusing the fast food chains of breaking an agreement to give workers fixed shifts.

It said McDonald's was putting new staff on three-hour minimum contracts and refusing to pay them compensation for being available for hours beyond that.

The union's national secretary, Gerard Hehir, said McDonald's were breaking this law and it was time to go to court.

"Basically they are cheating on the agreements we've made, and we think the [zero hours contract] law as well," Mr Hehir said.

He said McDonald's were hiring new staff rather than offering available shifts to its current staff, which was also against the agreement.

"They were boasting in the paper about having hired 50 new staff.

"When we checked with the people who worked there [and asked] 'have you been offered those shifts', 'no' [they said].

"It is blatant disregard for their workers and for the agreement."

He said McDonald's needed to implement a system where staff were made aware that there were shifts available, but they refused to do it.

"They like having huge numbers of staff ... its lazy of them, it's easy to roster if you have got a huge pool of workers.

"And crucially it's about power and control. Having workers ... desperate for hours each week means that you have a lot of power over that person.

"If they do anything that you don't you simply cut their hours the next week."

The union and Restaurant Brands - which owns KFC, Starbucks and Pizza Hut - have come to an agreement that allows staff guaranteed hours and fixed shifts.

Mr Hehir said Restaurant Brands had taken the high road and Burger King and McDonald's were "dragging the chain".

Burger King has not returned RNZ's calls and McDonald's said it has not been asked to change its current agreement.