Thousands of fast-food workers are about to get fully guaranteed work hours for the first time in decades. 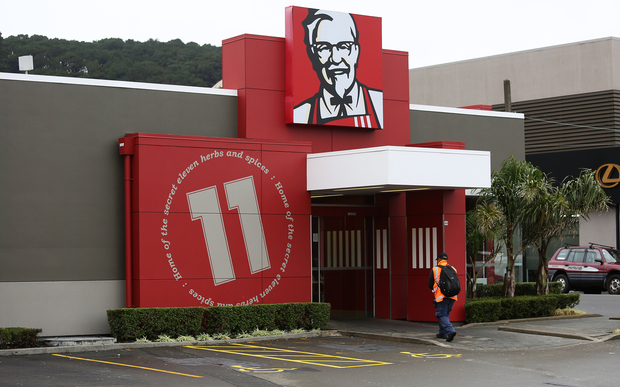 Restaurant Brands employs about 4000 people at 181 fast-food restaurants in New Zealand; half of those restaurants are KFC outlets, the rest are made up of Pizza Hut, Starbucks and Carl's Jr.

Half of the company's workers are Unite Union members.

Its national secretary, Gerard Hehir, told Checkpoint with John Campbell it was a massive win, in which workers in the industry would be able to 100 percent rely on guaranteed hours and fixed shifts.

"This is something we've dreamed about for a long time - and crucially, I think, not just in the industry, not just for our union, but there are hundreds of thousands of workers who work on very precarious work."

The union said in a statement that the old collective agreement had a formula that guaranteed hours at 80 percent of those worked in the previous three months.

The new agreement guaranteed 100 percent of workers' hours as well as fixed shifts, it said.

"There will be a discussion with each worker to reach agreement on fixed hours and shifts based on what they have actually been working.

"Employees will also be offered additional shifts when they become available up to a maximum of 40 hours a week, allowing the opportunity to build up stable, secure full-time employment."

Mr Hehir said it had been a big struggle getting McDonald's and Burger King to stick to what they had already agreed on, let alone try to improve it.

"Burger King and McDonald's are still stuck in the mindset that they want people as available as possible. They want to minimise any guarantees that they have to [provide] under agreements or under law. It just makes it easier for them, it gives them more power."

McDonald's told Checkpoint that Unite had not asked for any changes regarding fixed shifts to the collective employment agreement that was signed last year.