In June last year, after much debate, the Christchurch City Council decided the Town Hall would be saved from the wrecker's ball.

Today, the original architects of the hall, Sir Miles Warren and Maurice Mahoney, checked in on the construction site as the last heritage element was removed from the building for restoration.

This was the second time Mr Mahoney and Sir Miles had visited the site since the repair job got underway last last year.

Mr Mahoney said he got a bit of a shock when he saw what the building looked like.

"At the moment it looks absolutely dreadful! We would have never expected it to look like this 50 years ago.

"It's a bit upsetting to see the way it is now. Hard to believe it will actually come alive again, but we know it will." 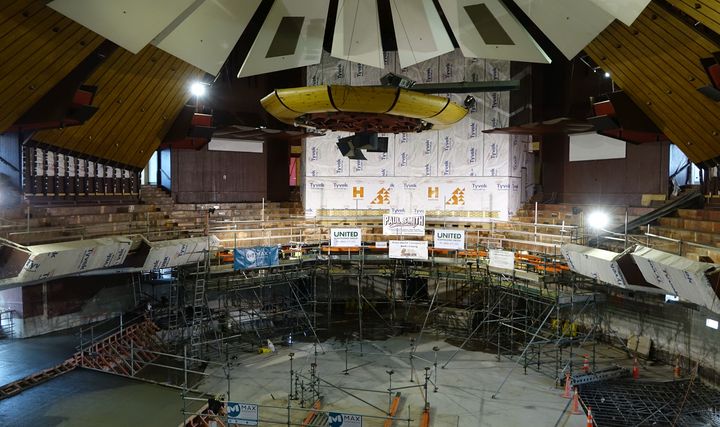 The large acoustic panel that hung from the ceiling was lowered to the ground and removed for repair. Photo: RNZ / Maja Burry

Today, one of the main acoustic features of the hall, the large doughnut shaped wooden panel that hung from the ceiling above the orchestra pit, was lowered to the ground and removed for repair.

Christchurch City Council project director Patrick Cantillon said the job is an important part of returning the hall to its former glory.

"Because it's a grade one listed building under the Christchurch City Plan, we are obligated to maintain the heritage aspects and keep it as true to it's original form and function." 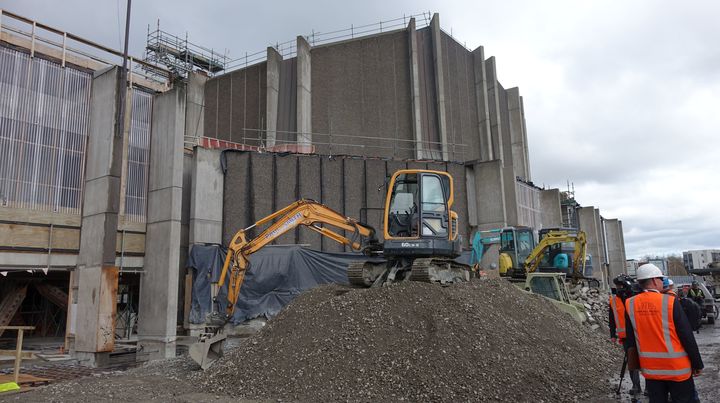 Sir Miles said he had high hopes that when people stepped into the refurnished town hall, they would not be able to notice many changes.

"Well it's going to be better than it ever was, functionally. But I don't think when it is completed from the exterior or in the main hall you would be able to tell the difference," he said.

The Christchurch Town Hall is due to open again by June 2018. 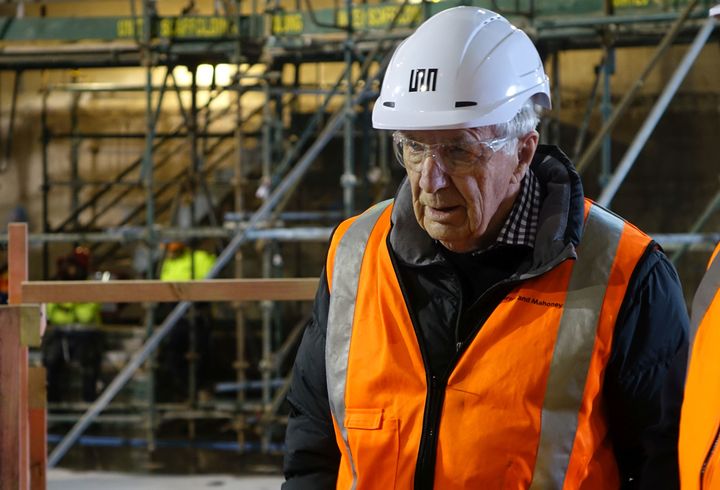