Thunderstorms are forecast to barrel across the North Island tonight, bringing damaging winds and even small tornadoes with them. 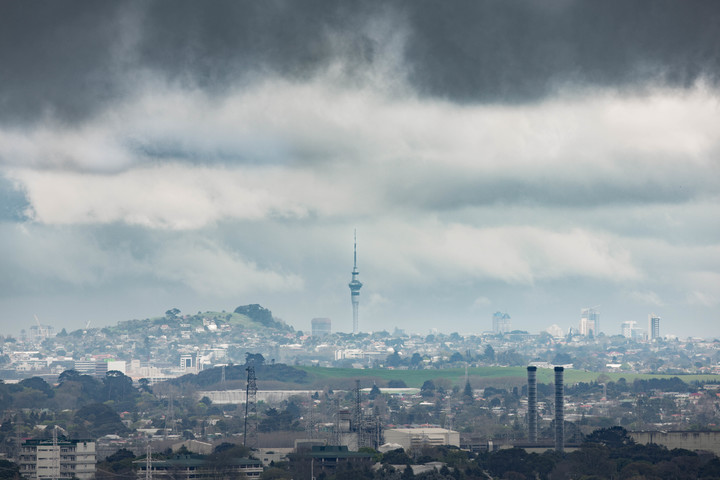 MetService says a front of colder air coming from across the Tasman will create localised thunderstorms from this morning right across the upper half of the North Island.

But this morning's weather is merely a curtain-raiser to what is forecast for tonight.

"The real thunder action kicks off tonight. What makes them severe is their size and strength - the consequences of that are the damaging wind gusts of over 110 kilometres an hour."

There was a high risk of thunderstorms, and a moderate risk of severe thunderstorms, everywhere north of Hamilton and east of Tauranga, Mr Adams said.

Watch issued for severe thunderstorms this evening. Other areas will also get thunderstorms, but less severe.See https://t.co/GZIq9Jlbrw ^TA pic.twitter.com/AxQs02ncLC

"We're trying to put a lot of emphasis on this wind," Mr Adams said.

"There's been a lot of rain up in the north so the ground is quite saturated, so it makes it easier for trees and power poles to be blown down."

Rain was likely to fall in short, heavy bursts of 10 to 20mm an hour in localised spots, and there could also be some small hail, he said.

People should secure any loose items such as trampolines, and keep an ear out for civil defence warnings.

The rain could also cause localised flooding.

Crazy skies this morning over the hood that is St Mary's Bay @WeatherWatchNZ pic.twitter.com/VQrOt37MIy

The thunderstorm warning was in place until Friday afternoon, Mr Adams said.

While the upper North Island was forecast to bear the brunt of the bad weather, there was also a moderate risk of thunderstorms in inland Canterbury, eastern Otago and parts of Southland.