A Coromandel petrol station and workshop has become an unlikely rescue shelter - with hundreds sleeping in their cars on the forecourt last night due to bad weather.

Up to 175 millimetres of rain fell on the peninsula overnight, causing slips and flooding, and cutting off access to the town of Pauanui.

Civil Defense was working to clean up multiple slips in the region.

About 3.30pm, State Highway 2 had reopened, and the Thames District Council said it would check on the condition of Hikuai Settlement Road at high tide shortly.

The New Zealand Transport Agency said there was still some minor flooding in areas, and care still needed to be taken on roads in Waikato and Coromandel as the flooding clean-up continued.

The flooding had damaged some roads and contractors were carrying out repairs, it said.

Hikuai's Prescott's Garage owner Bill Prescott said earlier today that about 300 people slept in their cars outside his business last night after the roads became flooded.

"They were all waiting here figuring out what to do, most of them slept in their cars with their kids and all.

"About midnight Civil Defense came and moved them up the road where they thought it was safer," Mr Prescott said.

He said there was still about 50 people at his garage today, waiting for the weather to clear.

"They could have all gone back to Thames but most of them are waiting here, walking around in circles.

"Some of the roads are impassable, the road to Pauanui has half a metre of water on it and the road over Tapu Hill has turned to a mud pie. 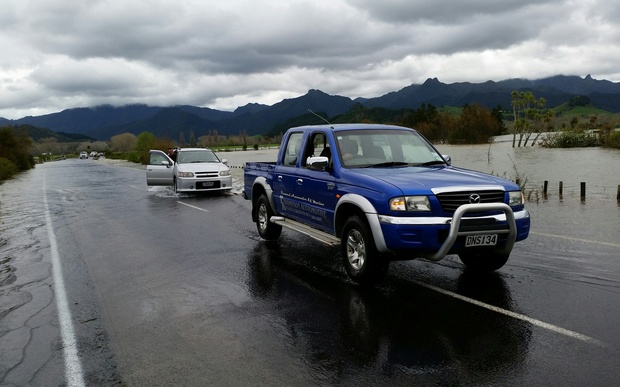 A car is towed after becoming caught in floodwaters on the way to Pauanui in the Coromandel. Photo: RNZ / Mohamed Hassan

Mr Prescott said they had a shop so there was plenty of hot pies and coffees for them.

The Fire Service said it only had a few weather related call-outs in the Coromandel overnight.

There were concerns the high-tide at 4am this morning would cause flooding, but the Fire Service said it only had a few call-outs for minor slips and flooding.

A severe weather warning remained in place for the Gisborne area, where persistent rain was forecast for the next few days. 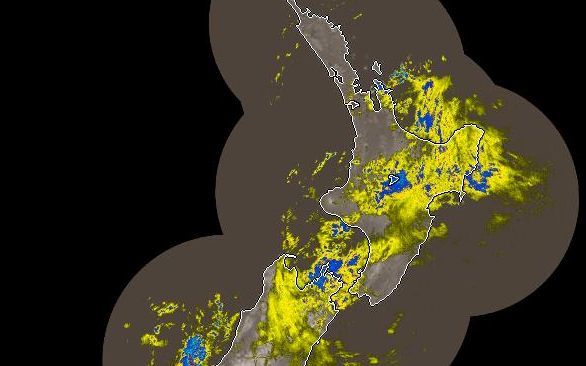 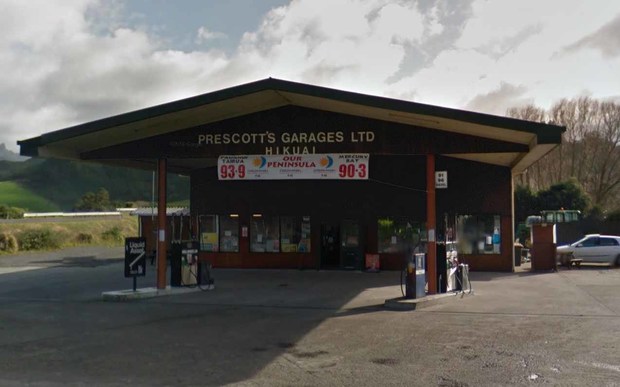 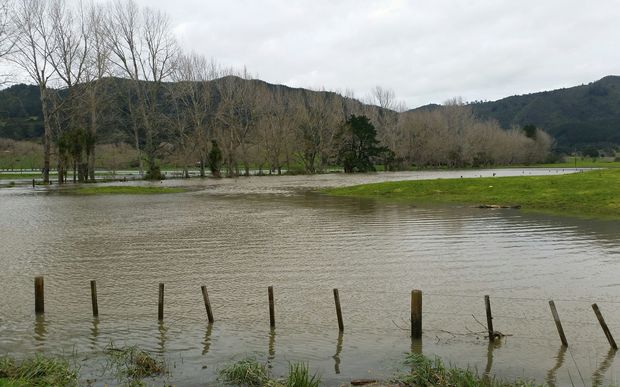