Conditions have cleared slightly in rain hit Coromandel but emergency services will be keeping an eye on high tide early tomorrow in case it brings further flooding. 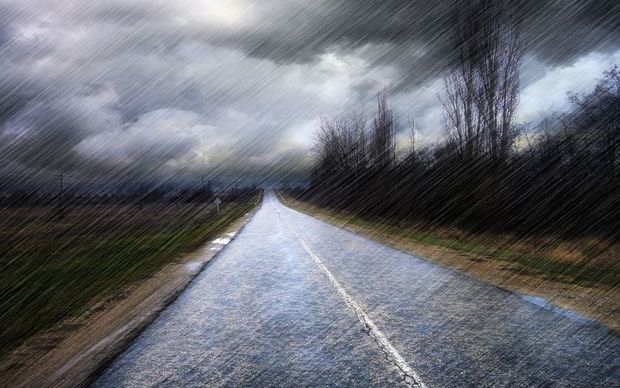 MetService says up to 230 millimetres of rain was recorded in parts of the peninsula in the past 24 hours, causing slips and flooding.

Emergency services have had to help a number of drivers stuck driving through flood waters including a BMW carrying three children on the main road leading into Pauanui.

Bill Prescott who owns a local garage and petrol station was called in to help.

"He was only in about a foot, to 18 inches of water, but he was panicking a bit, it was coming up but not horrifically fast. There was other cars just driving around him, I think that's what was annoying him more than anything else.

"The car was stuffed though, the hydraulics, the motor, V8 BMW, got a towing eye into it and towed it out about another k' down the road."

The town of Pauanui was cut off by flood waters for several hours however the council's Civil Defence Controller Garry Towler said with the low tide it had now opened although motorists were being asked to be careful.

He said the roads had reopened but there were many small slips all over the peninsula so people had to be careful if they were driving tonight.

"But we've settled down, the tides have gone out and we're returning to normal."

Mr Towler said the next risk of flooding would come at high tide at 4am, with another 70mm of rain expected overnight.

MetService is forecasting 140mm to fall in the Gisborne region between tonight and Tuesday morning.

Up to 20mm an hour could fall at times, with the heaviest downpours are expected north of Tolaga Bay.

Civil defence authorities in the Gisborne region said they were preparing for possible flooding and slips.

The Fire Service earlier said it had reports of four cars trapped in Kauaeranga Valley near Thames, where a bridge is uncrossable due to rapidly rising water.

The Fire Service had also responded to about a dozen flooding-related call-outs in the Auckland region, including at Massey University's Albany campus.

Staff there were digging drains to divert flood water away from a student accommodation block, the service said.

A block of three units in Pakuranga had also been flooded.

Meteorologist Claire Flynn said the weather was unusual for this time of year, and there was no sign of a reprieve for Gisborne - even after Tuesday morning.

"It should ease a little bit after that but it's going to continue to be a wet week even after the heaviest rain has eased, right through until Thursday."

There would still be a few showers around even on Friday, she said.