A major highway in the Gisborne region is now partially open after heavy rain caused a slip in the area. 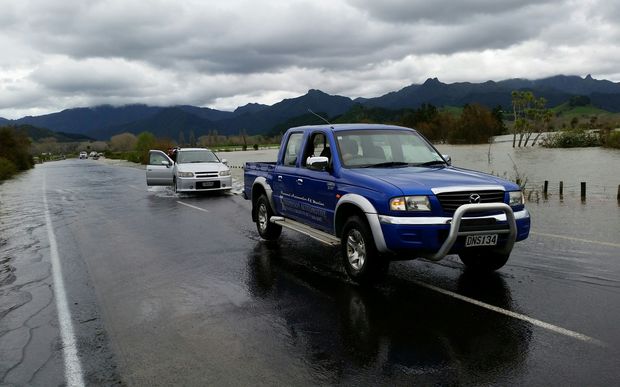 A car needed to be dragged out of floodwaters in the Coromandel yesterday. Photo: RNZ / Mohamed Hassan

One lane of State Highway 35, between Te Araroa and Tolaga Bay in the Gisborne region, is now open.

The Transport Agency has urged people to take extra care when travelling in the area.

More rain and showers in the east of the North Island and a few other spots. Check the forecast at https://t.co/Yjbq0jxdqz ^Lisa pic.twitter.com/97LZhZCi0W

MetService said the heavy rain in the area was expected to ease this morning, but further periods of light or moderate rain is forecast for Wednesday and may become heavy again on Thursday.