Government officials put an Indian education agent on a list of fraudsters - then officials from the same ministry gave him a licence.

The New Zealand Immigration Advisers Authority (IAA), which takes care of the licensing for the agents, does not check with Immigration New Zealand (INZ) over its fraud list.

Both agencies are part of the Ministry of Business, Innovation and Employment, and education fraud in India is snowballing into a "significant threat" to this country's integrity, according to immigration officials. 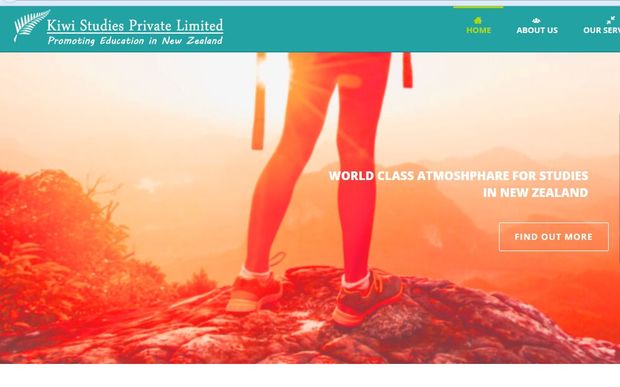 Vinod Kumar Sharma runs Kiwi Studies Private Ltd out of Punjab and is one of the top 10 agents in India, sending hundreds of students to New Zealand each year.

He was named in an INZ internal memo about education loan scams in March, which said that Kiwi Studies and Mr Sharma had "been using this fraud, with two hits this week".

Despite this, the IAA gave him a licence in August, which is proudly displayed on the company's website. Mr Sharma had completed the online licensed advisers' training run by a New Zealand polytech and had declared he was of good character in his application.

A screenshot from the Kiwi studies website boasts of a provisional license from the IAA. Photo: Screenshot / www.kiwiedu.com

Mr Sharma told RNZ he had told INZ the "two hits" in March were either fraud initiated by a student or a mistake.

"I met with Immigration maybe three or four times and I always clarified with them, please identify whether it's a fraud or a mistake. If you want our student to come to you and clarify they can, whether we misused, whether we do anything wrong," said Mr Sharma.

But other licensed agents in India were fuming and challenged INZ last month at a meeting in Mumbai about Mr Sharma winning a licence.

An agent at that meeting said immigration officials were speechless when they were told, and then admitted that they did not share information with the licensing authority.

This was despite INZ's own figures from April which showed 57 Indian agents - including five of the top 10 - used fake bank loan documents to get visas for students, and at least 15 bank managers had been corrupted by the agents.

Mr Sharma said he got his licence fairly and others were upset because of commercial rivalry or jealousy - although he admitted INZ had not accepted his argument yet.

"Honestly it wasn't like that, that we got clearance or they have accepted that," he said.

He said his agency could not have survived for nine years if it was fraudulent, and that the two hits found by INZ in the course of one week in March were a tiny fraction of the 600 student visa applications Kiwi Studies made each year. It had about 250 applications approved last year.

RNZ has asked INZ if it was keeping Mr Sharma on its fraud list.

In an internal report, INZ said that not only were students entering the country fraudulently, but that funds from unacceptable sources could also be coming in, because the source of their funds was hidden by the bank scam.

One industry insider has warned that other fraudsters off the INZ list were now undergoing training with an eye to getting licensed, so unless IAA improved its checking process, there would be more cases which would undermine the licensing system.