RNZ has uncovered evidence of migrant workers being scammed thousands of dollars by three unlicenced agents who've been investigated for years by Immigration New Zealand. 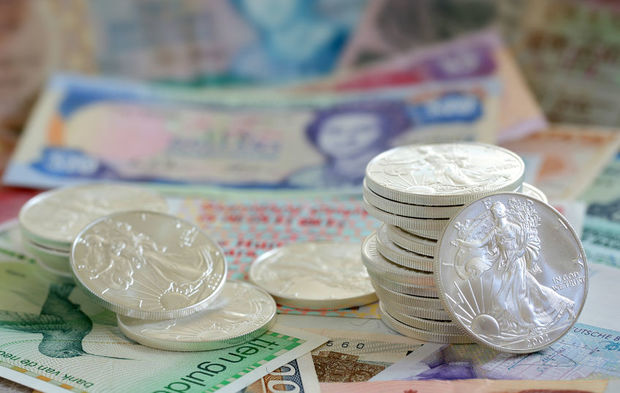 The men work out of Auckland, Sydney and India targeting Asian welders working in Singapore, and charging up to $6000 for a fake job in New Zealand.

Immigration officials have had Srinivas Naidu Reddy Chamakuri, Anthony Reddy and Ravi Naga Vara Prasad under scrutiny for up to nine years.

RNZ knows of cases going back to 2008 but others as recent as a few months ago where people have paid the men money for jobs that didn't exist.

Srinivas Chamakuri lives in Sydney but his operation extends to his hometown of Hyderabad, Singapore, and New Zealand.

He has run three now defunct companies in Auckland with Mr Reddy who is also a New Zealand citizen.

A third operator, Mr Prasad, has New Zealand residency. He has used a fake business card that showed he was a lawyer at an Auckland law firm that has never heard of him. One such card turned up in Singapore just last week.

The scam operates by jobseekers being invited to a Singapore hotel.

Pipe fitter Pithani Dugraprasad, 32, who lives near Visakhapatnam in eastern India, said he was scammed of $4600 last year by Anthony Reddy.

"That is why ... my dream, all, everything collapsed now," Mr Dugraprasad said.

Another welder who we agreed not to name, went along and handed over about $2500 to Srinivas Chamakuri, who promised him a job offer from New Zealand.

"In return I didn't get anything. He just gave me the receipt and then he went back to New Zealand and after six months or eight months he didn't contact us.

The welders' stories: 'We didn't get a job (or) anything'

In New Zealand, Mr Reddy was involved in a company with Rohineet Sharma, a lawyer struck off in March 2015 for submitting a false solicitor's certificate to a bank and filing a false discharge of a mortgage certificate.

A major employer here said two years ago Mr Reddy misused one of its standard job contract letters so that suddenly it had over 15 welders calling from India asking when they could begin work.

The company told Immigration New Zealand in Mumbai to disregard any letters bearing its name, as they were fake.

But despite these inquiries going on for as long as nine years, the scams have continued.

Two people in the immigration industry told us that just in the past month they have come across two or three workers scammed by Ravi Prasad and at least four by Srinivas Chamakuri.

They spoke of hundreds of would-be migrants to this country being scammed by multiple unlicensed agents for millions of dollars.

Each step of the process costs the worker thousands - and if they do get a real job, and some do, they risk being deported because they didn't use the proper channels.

The major employer said Mr Reddy tried to get more money out of some of its workers, even after they were settled here.

A second local employer has told RNZ that in 2013 Srinivas Chamakuri offered him $5000 to take on a migrant worker.

This was illegal but can be lucrative - for the fraudster who has collected more money from the worker, for the employer who gets a cut, and for the worker who gets a job, even if they are not qualified to do it.

This employer said he alerted Immigration officials but nothing was done.

RNZ tracked down Srinivas Chamakuri in Sydney - and at the same time had on the line the welder who paid him in 2008.

The welder confronted him on the phone but Mr Chamakuri said he had to go and hung up.

The welder finally moved to New Zealand in 2014 with the help of a licenced adviser.

He had to convince Immigration officials that he hadn't applied for a visitor visa they had already rejected.

It was Mr Chamakuri who'd applied for that visa using the welder's name.

RNZ has obtained a copy of four of the receipts Srinivas Chamakuri gave to the welder and his friends who were also fleeced - this was unusual as most of these deals have no paper records.

Mr Chamakuri insists the receipts were fakes though he did not ask to see them.

Aside from his name and signature on them, each receipt bears the name 'Core Team' - a now defunct Auckland company set up by his brother, an IT consultant.

Mahesh Chamakuri said the first he knew of these receipts was when RNZ called him.

However, Mahesh Chamakuri also said he did not know the nature of his brother Srinivas's operations.

"New Zealand needs immigrants with proper skills, that's what they are trying to do, to get skilled people into New Zealand. What authorisation they've got, what companies they are doing ... are they charging anything, I'm not aware of anything about it.

"If there is proper proof that they have taken money ... and if there is no action taken against them then I'll be really surprised."

The welders scammed in the 2008 case laid a complaint with Indian police and say they were told Srinivas Chamakuri had three or four other immigration complaints lodged against him. RNZ has a copy of this complaint.

Immigration New Zealand (INZ) issued a statement this morning saying it had fully investigated all the complaints involving the individuals, but the information provided did not meet the evidence threshold needed to take a prosecution.

"INZ does not hesitate to take prosecution action when warranted," the statement said. "INZ has taken 48 completed prosecutions since July 2014 for a range of offences, including migrant exploitation, providing false or inflated job offers and identity fraud."