A Wellington grocery store which exploited a migrant worker has been ordered to pay more than $53,000 in penalties and arrears.

The worker also had to make an initial payment of $5000 to Mr Khatter to secure the job.

The Ministry of Business, Innovation and Employment brought the complaint and said the penalty sent a clear message that exploitation would not be tolerated.

Labour Inspectorate regional manager Loua Ward said the worker was paid less than the minimum wage, was not paid for all the hours worked and did not receive holiday pay or additional pay for working on public holidays.

The worker had to make an initial payment of $5000 to Mr Khatter to secure the job and further premiums totalling more than $10,000, made up of $3240 in regular small cash payments and $2167 for company expenses on the employee's personal credit card, she said.

The ERA ordered the money to be returned to the worker, saying the premiums were an abuse of the power imbalance between employers and employees, particularly where the employer was effectively taking advantage of a migrant worker.

The authority ordered $25,000 to be paid as a penalty for breaching the Minimum Wage Act, Employment Relations Act, Wages Protection Act and Holidays Act. That was in addition to the $28,781.23 paid to the employee for minimum wage arrears, reimbursement of premiums and holiday pay arrears.

"This ruling sends a clear message to employers that failure to comply with minimum employment labour standards will not be tolerated," Mrs Ward said.

An organisation representing retailers said it was deeply concerned about the exploitation of vulnerable migrant workers after learning of the case.

"It's deeply concerning that there are situations like this occurring.

"It's definitely an abuse of employer power over vulnerable workers. That's not good enough and we think employers really need to get it right." 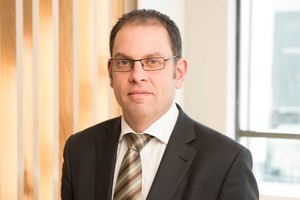 Mr Harford said there had been a rise in the last two years of cases where small retail and hospitality businesses had not met their legal obligations and - while most retailers were doing the right thing and knew their obligations - it was very disappointing some small firms seemed to be setting out to exploit people.

He said it could be that a few were not aware of the rules, but that was not acceptable.

"They don't understand their obligations as an employer. That possibly arises from a lack of knowledge, but really there's no excuse for that, there's plenty of information available online and organisations out there who can provide support.

"There have certainly been a number of instances over the last couple of years in relation to small retail and hospitality businesses where there have been issues."

Mr Harford said that might be because there had been more of a focus on the problem by the Ministry of Business, Innovation and Employment's labour inspectors, who were keen to stamp out any exploitation of workers.

"These penalties are very large for a small business which shows how serious the issue is being taken by the authorities."