Power Play - A young Filipino chef came to New Zealand to further his career as a chef.

He was 21, formally trained and keen to work.

He ended up in a well-known Wellington restaurant working 70 to 80 hour weeks on a casual contract after several months in what was obviously a full-time job, and taking a senior role in running the kitchen. 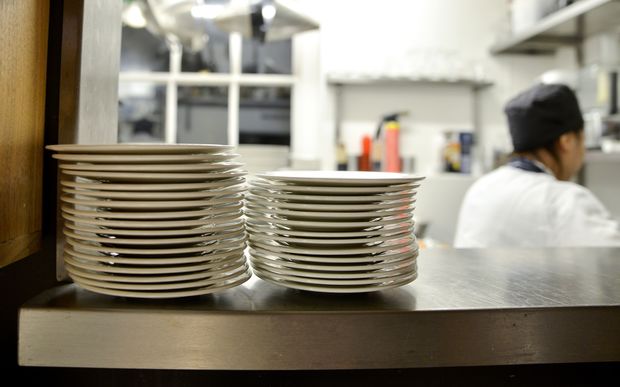 All the other chefs and kitchenhands in that restaurant were new to New Zealand and in a similar situation.

He has since moved to another restaurant where he is on a permanent, full-time contract.

His story is not uncommon. But should migrants be coming here to do work that arguably thousands of New Zealanders on the benefit could be doing?

It is an argument that gained more attention than usual after the Prime Minister's comments that many employers found it hard to find New Zealanders to work for them. He went on to say some Kiwi workers were either too lazy or wouldn't pass a drug test.

The issue has also been highlighted by record-high migration figures, both for new residents and work visa approvals.

There is a clear split in the debate - the government and employers in sectors like hospitality, tourism and agriculture say there are skill shortages in many parts of the country and migrant workers are needed to fill those gaps for the success of individual businesses and for continued economic growth.

However, opposition parties and unions argue many of those businesses are offering low pay and conditions - which is why New Zealanders refuse to take the jobs - and migrant workers are being brought in to do that work, creating further problems such as workplace exploitation and driving down wages.

Interviews with migrant workers carried out by the Catholic advocacy and aid agency Caritas Aotearoa revealed some were working for as little as $8 an hour, or in some cases nothing at all after being told they were on "trial" - all of which is a breach of New Zealand employment law.

Some of the most recent examples include a motor inn and cafe in Lewis Pass, a grocery store in Wellington, two Auckland bottle stores and a kiwifruit contracting company in the Bay of Plenty fined more than $226,000 for employment law breaches.

In the Bay of Plenty case, the Labour Inspectorate noted "migrants are a particularly vulnerable section of the workforce and may often be reluctant to take action against their employer", a common observation in cases of migrant worker exploitation.

Mr Key's comments, however, were backed by some employers including a Hawke's Bay grower who said getting reliable local labour was one of the greatest challenges for his business. He said people often just did not turn up.

Government statistics also reflected the demand with job vacancies across the country creeping up each month and vacancies up by 13.5 percent over the past year.

Hospitality and tourism experienced the strongest growth, as did the Bay of Plenty region.

So is this a failure of the market, disguised by the ever-increasing flow of migrant workers?

Would employers have the same problem if they upped their wages and offered better conditions?

No doubt there is probably a group of people who are not keen on working, and others who want to work but do not have training, work ethic, or basics like a car.

Some employers say they go the extra mile and go and pick people up at their homes and take them to the workplace, and make sure they are well fed, and that in many cases this creates the habits and the motivation for that person to become a valuable employee.

But much of this is anecdotal, so it is difficult to gauge whether this is more of a problem than, for example, 30 years ago.

It also makes it hard to tell if there are many factors - social and economic - that may have contributed.

There has long been a mantra from older generations in whatever era about "the young people these days", but has this attitude towards work become more entrenched?

Then there's the question of how much responsibility does modern parenting and government-provided education and training have to take.

Politically, the government is being challenged about why New Zealand's migration figures continue to climb, with stories every week about pressures on resources such as housing, record-high numbers of overseas students, and questions about the impact of migration on the labour market.

None of that, however, should detract from the benefits of immigration to New Zealand: the cultural richness of different people, food, and world views; a work force to help out in situations such as post-quake Christchurch; and the human connections it brings to a country that is geographically isolated from much of the world.