More than 100 legal appeals have been lodged against parts of Auckland's Unitary Plan. 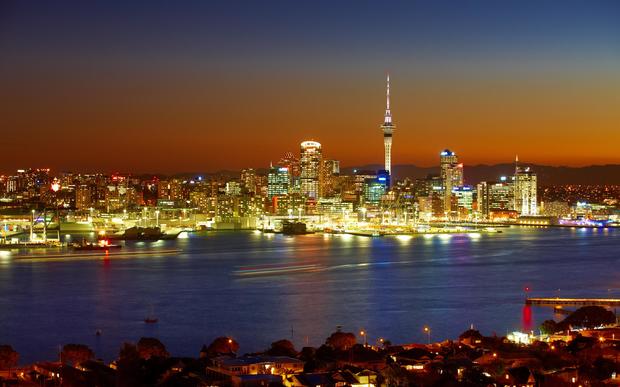 The Sky Tower and waterfront are lit by evening lights - as seen from Devonport on the North Shore. Photo: Supplied / ATEED

The plan - Auckland's new development blueprint - brings in higher housing density in Auckland, and comes into effect next month after two years of hearings.

Most of the 105 appeals so far lodged with the Environment Court were on specific details of the plan, but a handful of appeals were filed with the High Court arguing errors in law had been made.

One of the High Court appeals was from the Independent Māori Statutory Board, which has members on Auckland Council Committee.

The board said the Independent Hearings Panel, which drew up the final version of the council's plan, was wrong to reject provisions that provided some protection to sites deemed to have value and significance to Māori.

A joint appeal from lobby groups Auckland 2040 and the Heritage Coalition opposed increased housing density in the final version of the plan, and the removal of some blanket protections for neighbourhoods built prior to 1944.

Forest & Bird was appealing three parts of the Unitary Plan, partly because it argued it did not do enough to protect the habitats of native flora and fauna.

"Auckland, in addition to being a region that caters to people, is also a region that has a really liveable environment and particularly has some special areas that are under development pressures," she said.

"If we don't protect those areas, then we create a city that is much less liveable, both for people and its native species."

She said Forest & Bird hoped to sit down with the council in the near future, but acknowledged that may not be possible considering the high number of appeals.

Another appeal was lodged by the Character Coalition, a self-described umbrella group representing heritage, historical and special interest groups and residents associations.

It said late zoning changes had been made, without public consultation, that could put older character homes at unnecessary risk.

"The process trampled on people's rights with a last-minute decision to change the zoning in many streets, effectively denying people the chance to have any say in the matter," Character Coalition convenor Sally Hughes said.

"The Unitary Plan process allows for this appeal and it's extremely important the planners look again at a small number of areas ... once the character homes in these suburbs are gone, they are gone for ever - we only have one chance."