Cows - and cow faeces - have been seen in or near a river next to a popular kayaking and fishing spot in North Canterbury, a tourist operator says.

RNZ documented the cows and cow faeces right next to the Hurunui River.

The Department of Conservation (DOC) allows 80 cattle within the Lake Sumner Forest Park as long as farmers fulfil certain conditions.

That includes not letting them linger in the river, where there is a greater chance of their faeces entering the water. 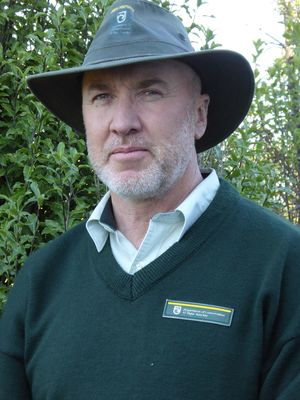 DOC's North Canterbury manager, Kingsley Timpson, said - while he was yet to identify who owned the cows - on this occasion it looked as if they were not being kept far enough away from the river.

"There's large sections of the river there where stock don't have access to the river because of natural barriers.

"There's cliffs and banks and so those areas are naturally protected. But where there's a crossing for stock to get from one side of the river to the other, that certainly is occurring in a few locations.

"But pretty much it's a temporary effect while the stock move through that piece out on to the grazable lands."

Mr Timpson acknowledged cows relieving themselves just upstream from Canterbury's number one spot for whitewater kayaking was not a good look.

But he said the 80 cows were not having an adverse affect on native vegetation and, as long as they were kept away from the river, they should not contribute to any major degradation of it.

However, he said monitoring was mostly confined to one visit to the area each year.

"We're certainly keen to hear reports from any members of the public if they think they've got concerns or if there's issues they can see and [we] like to follow up on those.

"It's certainly one of the main means to keep a track on it."

'We have seen them standing in the river'

Sam Milne runs one of the many kayaking schools and guided tour companies that use this section of the Hurunui.

He was on the river four days a week in spring, and said he saw cows in or near the river every second day. 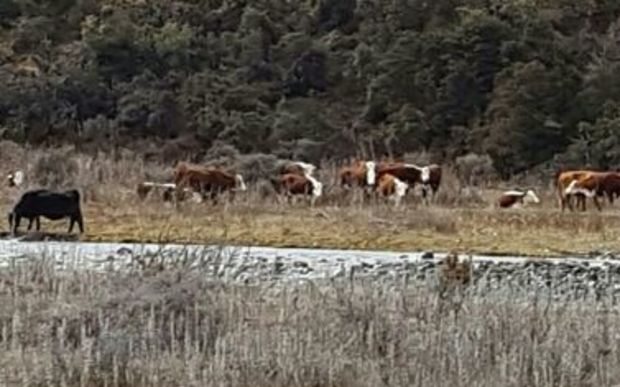 Cows near the Hurunui River in Canterbury Photo: Supplied

He said he had seen cow faeces all of the way down both sides of the river.

The impact the cows were having was a major concern, especially given how important this stretch of the Hurunui was to kayakers, he said.

"Christchurch is one of the most active kayaking communities in New Zealand and the Hurunui River is the most popular run for kayakers in Christchurch so it's our go-to spot really."

Unbelievable DOC would allow grazing near river - Fish and Game

Tony Hawker, from the lobby group Fish and Game, said increasing intensification in the high country was putting fish stocks in rivers like the Hurunui at risk.

It was unbelievable DOC would allow cattle to graze near the river on the condition they did not linger while crossing it, he said.

"I find that quite ridiculous. I mean unless you have fencing, you can't just rely on the cows not to loiter in those wetter areas.

"That just seems like a ridiculous condition to me and pretty hard to enforce really," Mr Hawker said.

The regional council, Environment Canterbury, will send an officer to the scene on Wednesday to investigate what impact the cattle have had on the area.