A new trough that allows cows to pump their own water as they drink could be the answer to keeping stock out of the country's rivers and lakes, a company says. 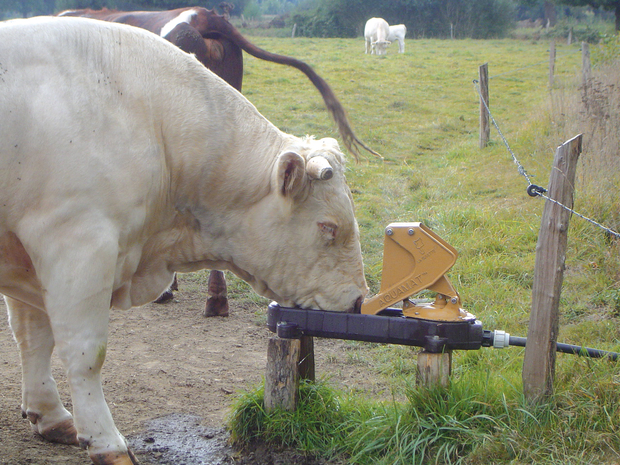 beef cattle roaming in waterways] have hit the headlines in the past week.

Veterinary equipment company Shoof International, which is the importer of the new pump, says it could offer a solution.

Company group sales manager John Stubbs said because it was operated by the animals there was no need for electricity or other mechanical means.

The pump could supply enough water for up to 50 stock. "[It ] operates from the animal's nose actually pushing on a lever as they drink water from the bowl.

"The pump's connected to a length of alkaline pipe or hose that can draw water from a distance of 70 metres or upwards from seven metres."

Mr Stubbs said areas or farms that are environmentally sensitive or where stock should be kept out of could find the pump useful. 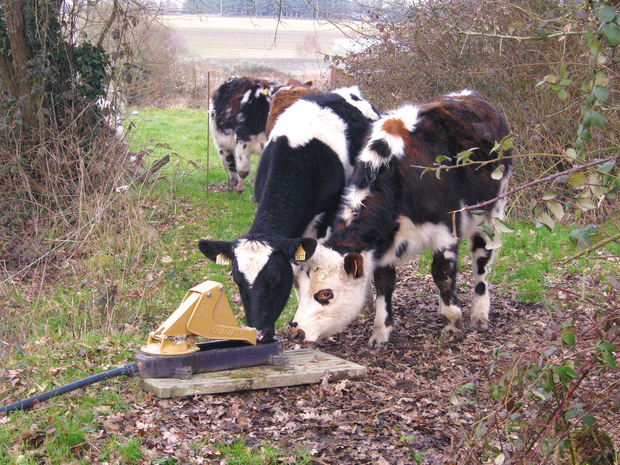