A magnitude 5.1 earthquake has struck north of the Marlborough Sounds, GeoNet reports. 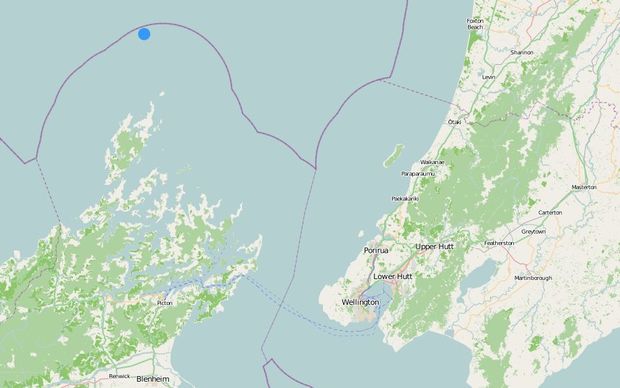 The "light" quake was centred at sea about 50km north of French Pass in the Marlborough Sounds at a depth of 80km, GeoNet said.

A nearby resident told RNZ they felt light shaking and creaking.

And GeoNet are also reporting a series of weak magnitude-3 quakes north west of Te Araroa on the East Cape of Gisborne this morning.

The area has been experiencing continued aftershocks following a large magnitude 7.1 tremor on 2 September.