Nervous East Cape residents are bracing for more strong aftershocks as the region continues to rumble, with another 4.2 shake in the early hours of the morning. 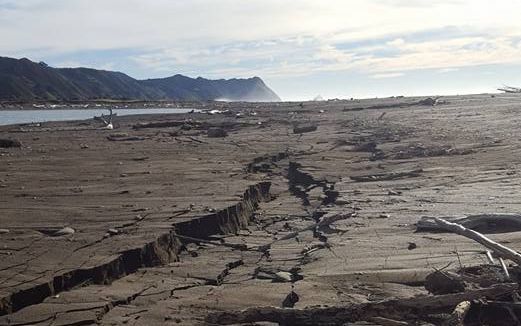 The area was hit by a 7.1-magnitude quake off the coast of Te Araroa on Friday morning and hundreds of tremors have hit the area since then.

GNS Science has recorded more than two dozen significant shakes in the past 24 hours, including a 4.2 tremor at 3.23am, and a 5.0 at 6.19pm yesterday.

There was a 60 percent chance of a 6-6.9 shake in the coming week, according to GNS.

Te Araroa Holiday Park owner Bill Martin said he was worried about the possiblity of another big one, and no one could completely relax.

"At the back of your mind you think, 'well' it could be another big one', and an aftershock's an aftershock, you take it in your stride, but you still hold your breath. I don't think it's time to put all the bottles back on the shelf just yet."

He said the quakes were all that guests were talking about.

"I think they need to be aware of the signs, that if an earthquake is long, or it is strong and you live near the coast or any evacuation areas, then you need to move, you can't wait to be told, you have to know those signs."

Ms Bennett said people should ensure they had three days worth of food and water, knew where public meeting places were, and had discussed contingency plans with their families.