Aftershocks continue to be shake the East Cape in the aftermath of Friday's 7.1 earthquake, including a 4.9-magnitude quake yesterday afternoon. 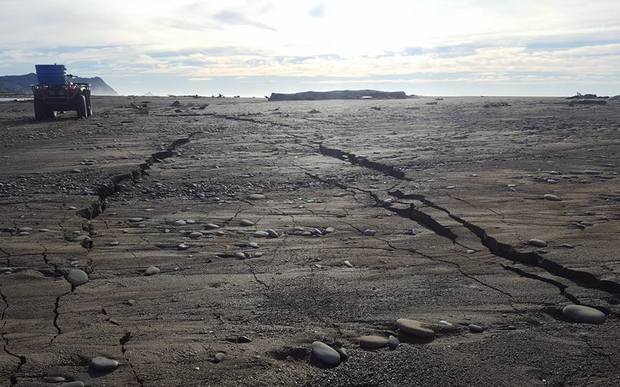 The 7.1 magnitude earthquake struck 130km north-east of Te Araroa at 4.40am on Friday, at 55km deep. Geonet is investigating whether the original 7.1 was actually two simultaneous earthquakes.

There have been dozens of aftershocks since, withg the 4.9 shake hitting 10 kilometres west of Ruatoria at 4:30pm, at a depth of 32km.

There were seven more aftershocks in the following 90 minutes, ranging in intensity from 3.1 to 4.0.

Victoria University gerophysicist John Townend said the number of aftershocks should begin to decrease in the next few days.

But he said it could be several months before things return to normal for East Coast residents.

"Over time, the expectation is that rate would decrease and we'd go back to normal levels of seismicity, but that might take several months."

There have already been about 50 claims through to the Earthquake Commissioner for damage caused by the earthquake on the East Coast yesterday morning.

A spokesman for EQC said that at 4.30pm on Friday there had been 48 claims for damage.

He said they would not know the dollar value of the claims until assessors inspected the damage.

A call centre would be open over the weekend to take further claims.